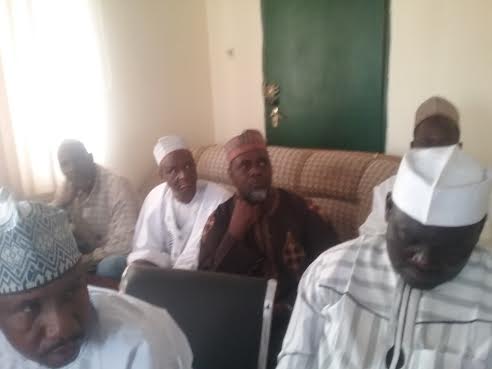 The Commissioner Ministry of Transport Alhaji Yahya Farouk held a meeting with stakeholders of Adamawa state. The purpose of the meeting was to bring about understanding between NURTW and motor riders in the state.
However, Hon. Yahya Farouk called on the union to take their work seriously in order to move the state forward in terms of revenue generation.  He suggested that there is need for more shops, car wash and rooms for the drivers to spend their night whenever they embarked on night journey.
Farouk said that a provision would be made for any vehicle to load, and any vehicle found wanting outside the stipulate area would be dealt with or charge to court and there would be provision of judges to tackle the issue because fines or levy will be imposed the offenders.
More so, an issue was raised concerning some drivers who went and registered their license outside the state. According to them, the cost is lesser outside.
The Hon. Commissioner appreciated the good work of Governor Mohammad Umar jibirilla and also commended him for bringing Social Change to the State, and urged the people to give more support in achieving the dreams.
In conclusion, the Commissioner said that there are some machines which are in place to carry out this work ,there are also more than three hundred  (300)tricycle in use which the ministry would soon embark of their checking and urged the chairman board of internal revenue to avoid Embracement.
The chairman NURTW thank the Commissioner for organizing a meeting like this adding that it will result to cordial understanding between the union and the government. He assured the Commissioner of their full support.
There were 16 people in attendance.
10:44
Adamawa Daily Reports
News
Email ThisBlogThis!Share to TwitterShare to Facebook