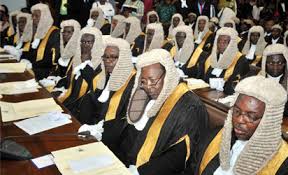 Adamawa state Government welcomes the judgement of the Court of Appeal which threw out the case instituted by Dr UMAR ARDO seeking to elongate the tenure of the defunct PDP Government of Bala Ngillari.  The Court of Appeal in throwing out the Case, agreed with the Lawyers of Adamawa State Government that Dr. UMAR ARDO lacks the locus standi to institute the suit having not participated in any of the electoral processes that either brought the last government or the present government to power. Additionally, it was also decided by the Court of Appeal that the documents filed by Dr. Ardo are irregular because they had no seal of the NBA.

Adamawa State Governor Muhammad Umar Jibrilla while welcoming the Judgement described it as a triumph of the truth and a manifestation of the role of the judiciary as the bastion of justice in Nigeria. The Governor said the case had never had any value other than a distraction and a desire to truncate the steady March initiated by him in the process of pushing Adamawa to the next level of progress and development.
Governor Muhammad Umar Jibrilla called on the people of Adamawa State to remain steadfast and continue to accord his Government all the support and cooperation required to ensure that he delivers on his mandate and provide the much needed democracy dividends to the people of the state.