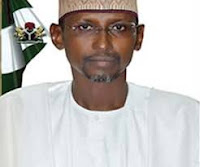 The FCT Minister, Malam Muhammad Musa Bello has challenged members of the Organized Private Sector (OPS) in the country to invest in the health sub-sector to stop medical tourism abroad by Nigerians.

The Minister gave the challenge on Friday while receiving the Resident Doctors Association of Nigeria (REDAN), FCT Chapter, led by it President, Dr. Isaac Olubanjo Akerele  paid him a courtesy visit in his office at Area 11, Garki I District, Abuja.

Malam Bello insisted that Nigeria is blessed; it has all the requisite manpower and therefore called on well-meaning Nigerians to focus on investing in the sub-sector.

He reiterated that such investment would go a long way in saving the country from avoidable spending of the country’s hard currency, which unnecessarily depletes the foreign reserve.

The Minister called for rededication from all professionals working in the health sub-sector to move the sector to the greater heights.

Malam Bello appreciated the patriotic zeal and sacrifice being made by the medical doctors across the country particularly those working in the Federal Capital Territory and urged them to continue in that stride.

He promised to partner with the residents doctors as well as other professionals in the health sub-sector to improve the service delivery in the sector.

The Minister specifically thanked the professionals working in the FCT Hospitals for the wonderful job they have been doing, considering the population explosion, which has led to overstretching of facilities.

Malam Bello assured that rules and regulations would be sternly followed to the later in administering the Federal Capital Territory in line with the vision of President Muhammadu Buhari’s Administration.

He called for patience, commitment and support from the resident doctors in order to improve service delivery in the sector to the residents of the Territory.

Speaking earlier, the President of the Resident Doctors Association of Nigeria of Nigeria, FCT Chapter, Dr. Isaac Olubanjo Akerele urged the Minister to build more hospitals in the Territory to reduce overcrowding in the existing ones.

Dr. Akelere also called for capacity building for personnel in all the sectors in the hospitals.

The Nurses Association was led by it Chairman, Comrade Deborah Yusuf.