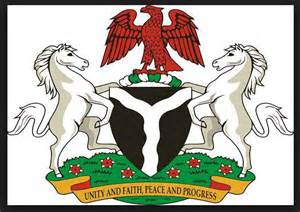 In order to assess the general security situation as the FCT Area Councils’ Election approaches, the FCT Security Committee on Wednesday met at the Banquet Hall, FCT Minister’s Residence, Gwarinpa I District, Abuja.

The FCT Minister, Malam Muhammad Musa Bello who presided over the meeting remarked that the meeting was summoned not only to assess the situation but to also strategize on how to nip in the bud any security breach as the Area Councils go to polls.

The Security Committee condemned the recent political violence in Abaji Area Council and promised to arrest the perpetrators and bring them to book.

The Committee warned that the political gladiators should not test the will power of the security agencies in the FCT as anybody involved in the Abaji Area Council incident would surely face the full wrath of the law, because the situation if not quickly checked may degenerate.

The Minister at the meeting stressed that under no circumstance should the security agencies allow anybody bring about the breakdown of law and order in any part of the Territory.

“The Security Agents must fish out perpetrators of the violent attack and be made to face the full wrath of the law because nobody is above the law,” Malam Bello emphasized.

His words: I urge you (security Agencies) to arrest any of those involved in the Abaji incident and make example to others, even if the perpetrator(s) is a sitting Council Chairman here, because the law is a respecter of nobody.”

The Minister reiterated that all the political parties; particularly contestants must check their overzealous supporters and put their houses in order.

While appreciating the support the security agencies have been giving to the FCT Administration, he assured that his Administration would continue to work very closely with them to make Abuja safer.

He informed the meeting that the suspects are now fugitives, because they no longer sleep in their houses but assured that the Police is on their trail; adding that they must surely be brought to book.
The FCT Permanent Secretary, Dr. Babatope Ajakaiye, the FCDA Executive Secretary, Engr. Adamu Ismaila, FCT Police Commissioner, FCT Director of DSS, Commander Guards Brigade, Commander DHQ Garrison, Commander Navy Unit, Commander NAF Camp, Commander NSCDC, Commandant of FRSC, Heads of Prison, Head of NDLEA in FCT were also in attendance at the meeting.