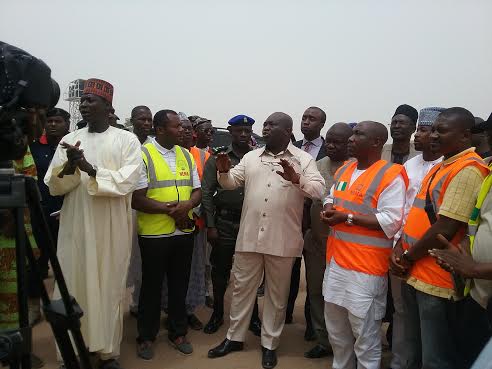 on the 1st day of April 2014, Governor Okpezi Ikpeazu  was received by ADSEMA and NEMA officials at Malkohi IDP Camp in Yola –South Local Government Area where he said the purpose of his visit to the state is to rejoice with Governor Muhammad Umar Jibrilla over his son’s  wedding. He had decided to visit the camp to commiserate with the IDPs over what has happened to them. 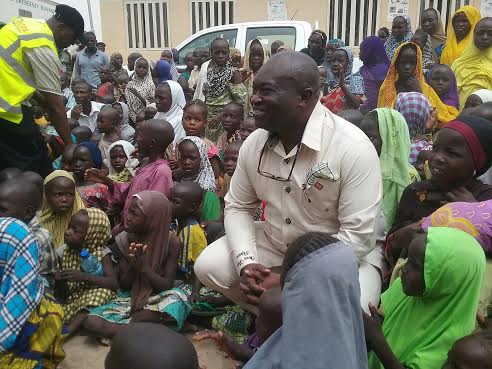 He was taken round the camp by ADSEMA and NEMA officials where he donate the sum of N5million naira to the Camp clinic for the purchase of other facilities that are lacking there and had promised to donate 10 sewing machines to women who were receiving skill acquisition  training organized by UNFPA.

Governor Okezie Ikpeazu urged the IDPs to take what happened to them as a will of God and assured them that Nigerian Government, Adamawa state government, International donors and Well-meaning individuals in the state will continue to support them. He commends the efforts of SEMA and NEMA, and for the Support and care they have been rendering to the IDPs.
Responding on behalf of the IDPs, Mr Nicolas thanked Governor Okpezi for the kind gesture and prayed that God continue to bless him.

In the same vein, UNFPA commenced its  third orientation of beneficiaries of the on-going skills acquisition training which was organised by UNFPA in collaboration with state planning commission and ministry for women Affairs, where a total number of 300 women will benefit .150 women from Malkohi and 150 women from NYSC camp respectively, the training they will receive ranges from soap making, cap knitting, shampoo making, bag weaving and tailoring. 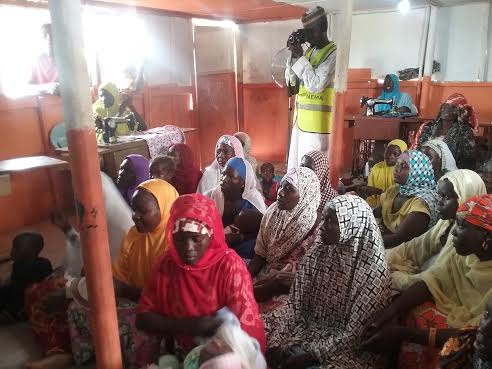