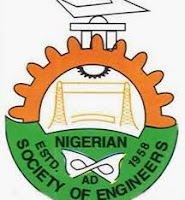 The Nigerian Society of Engineers (NSE), Yola branch, has called on the Adamawa Government to sponsor engineers under its employment to seminars and workshops that would boost their capacity.

The branch chairman, Mr Abdullahi Farouk made the call  in Yola at the launching of the association calendar for 2016.

Farouk said many of the engineers working with ministries and parastatals were finding it difficult to sponsor themselves to such seminars, which are vital in building their capacity.

"Engineers working at various MDAs are finding it difficult to sponsor themselves to seminars, workshops and general assembly being organised by NSE and COREN.

"I therefore wish to solicit with his Excellency to urge various heads of engineering in MDAs to facilitate the sponsorship of our members to attain such events as it will go a long way in building their capacity and improve their productivity in the civil service." Farouk said.

While reiterating the society's commitment to partner government in transforming the state, Farouk also reminded Adamawa government on its promise to provide the branch with land for its permanent secretariat.

Farouk said the launching of the society's calendar was an annual event, which serve as an avenue were engineers and their friends to meet and interact.

He said such meeting always afford them the opportunity to contribute their quota towards the development of members and engineering in the society.

Speaking at the occasion, the special guest of honour, Adamawa Deputy Gov. Martins Babale, lauded the engineers for their role in transforming the state and assured them of government’s support at all time.

Babale, who was represented by the Commissioner for Land and Survey, Alhaji Ibrahim Mijinywa, assured the society of a plot of land as promised by the government for its permanent secretariat.
22:55
Adamawa Daily Reports
News
Email ThisBlogThis!Share to TwitterShare to Facebook