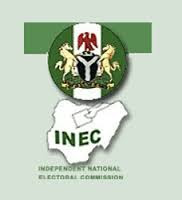 As the Independent National Electoral Commission (INEC) presents
certificates of return to the newly elected FCT Area Councils Chairmen
and Councilors, the FCT Minister, Malam Muhammad Musa Bello has
commended the Commission for the successful exercise devoid of rancor.

The Minister made this commendation at a brief presentation ceremony
at the International Conference Centre, Abuja on Wednesday.
Malam Bello who was represented at the occasion by the Acting
Secretary, FCT Area Council Services Secretariat, Hajiya Amina
Abubakar also congratulated all the newly elected Councils’ Chairmen
and Councilors.

The Minister however warned that the elections are over; adding that
the winners have won and the losers are also part of the society and
therefore every resident must be carried along.
According to him, “there is need for all the elected officials to put
the election behind and work for the success of the Area Councils in
the Federal Capital Territory”.

His words: “I hereby enjoin each and every Chairman to work with all
residents of the FCT to move the FCT forward. You need to work hard
and know that we have the Nigerian Constitution and you must work
according to the Constitution”.

He thus assured that the FCT Administration would work together with
all the six Area Councils’ Chairmen to move Abuja to greater heights.
Welcoming guests to the occasion, the FCT Resident Electoral
Commissioner, Professor Jacob Jatau noted that the event is for those
that won in the just concluded elections to collect their instrument
of power; recalling that the election was conducted on the 9th of
April 2016 with Supplementary on Wednesday April 13, 2016.

The Commissioner assured that the Commission is committed to ensuring
sanity of the electoral environment as well as deepening of democracy
in Nigeria and therefore calls for support of all stakeholders in its
bid to enhance the electoral process.

It may be noted that the All Progressives Congress (APC) won five out
of the six Area Councils of the Federal Capital Territory, while All
Progressives Grand Alliance (APGA) won the remaining one.
Muhammad Hazat Sule, FCAI
Deputy Director / Chief Press Secretary,
Wednesday, April 21, 2016.
00:08
Adamawa Daily Reports
News
Email ThisBlogThis!Share to TwitterShare to Facebook