NEWS: Governor Bindow Call on Adamawa State Indegenes to Come and Invest in the State. 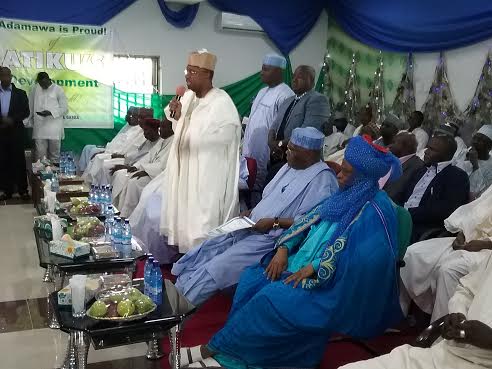 Wealthy  individuals in Adamawa State  have been urged to come and invest in the state.
Governor Muhammed Umar Jibrilla who made the  appealed  while commissioning  Atiku Abubakar  Shopping  Mall  along  Numan road. The Mall is named after the former Vice-president of Nigeria,  Alhaji Atiku Abubakar.

The Governor applauded the efforts of the former  Vice-president  for the zeal and foresight  he has in investing in  his home state which he described as a  gigantic achievement, adding that the former Vice-president has contributed a lot  in developing the state by creating job opportunities to the teeming unemployed youths in Adamawa state.

Governor Muhammed Umar Jibrilla had also  called on  Adamawa  Elites  to come and  unite  as one family in order to develop the states  for the better. More so, the Governor had commended Alhaji  Musa Garba  the  owner of the  shopping  Mall  for sighting such a business  centre in Adamawa state  and called on  other wealthy individuals to  emulate the  proprietor of Madugu Group of  Companies. "I therefore  call on   Adamawa  Elites  to come and  unite together and  to shun our differences in  order to  move our dear state  forward . Let me  reiterate once again  that this government is a  government  for change  and  to  bring change we have to joint  hands together " 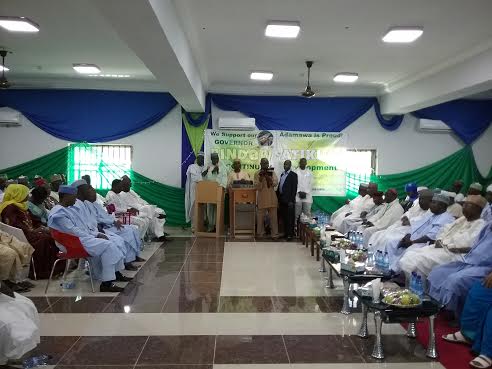 In his remarks the  former Vice-president Atiku Abubakar  to whom the centre  was named after  had commended the  owner of the shopping mall  for establishing the  centre for the overall development of the people of Adamawa state. Alhaji  Atiku Abubakar said  by building  such an  edifice in Adamawa  it will create jobs to unemployed  youths  and also  generate  revenue  to the  government  as well .

Earlier in his  address  of welcome, the Honourable Commissioner Ministry of Information Comrade Ahmad Ibrahim Sajoh  who represented the Chief of staff Government House Alhaji AbdurRahman Abba Jimeta  had welcome all those that  attended the  ceremony and  commended Alhaji  Musa  Garba  for his patrotism  by sighting such business centre in Adamawa state.

Comrade Ahmad Sajoh pointed out that Adamawa State Government  under the leadership of Governor Muhammed Umar Jibrilla  poised to  bring  developmental  infrastructure to the  door  steps  of the electorates at grassroots, stressing that  for the past Ten months,  Governor Muhammed Umar Jibrilla has  done a lot in terms of provision of  basic social amenities as well as other infrastructural development aimed at providing  dividends of Democracy to the electorates  of Adamawa state.
02:24
Adamawa Daily Reports
News
Email ThisBlogThis!Share to TwitterShare to Facebook