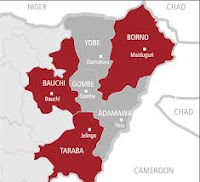 Ravaged by the activity of dreaded Boko Haram  Terrorists a  Bill for the establishment of North East Development Commission  is ready for public hearing.

Garba said that the bill has already passed first and second reading   in the National Assembly.

“So far the bill for the establishment of North East Development Commission has passed first and second reading.

The lawmaker expressed worried that the devastation caused by Boko Haram would take the region many years to recover.

He urged civil society groups and prominent people of the region and its well wishers to massively take the advantage and participate in the public hearing.

On Women and Youth empowerment programme, he said that over 200 youths and women were trained and assisted in various skills acquisitions for self reliance.

“Under the programme over 200 youth and women benefited in agriculture, welding, borehole repairs, computer training   among others.”  Garba said.