NEWS;INFORMATION AND CULTURE MINISTER HAILS GOVERNOR BINDOW OF ADAMAWA STATE FOR MASSIVE DEVELOPMENT OF THE STATE. 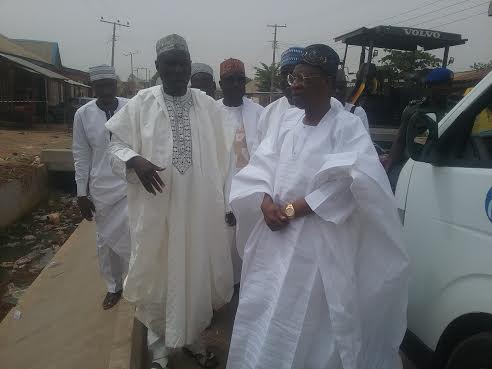 The Minister of Information and Culture Alhaji Lai Mohammed has expressed confidence on Governor Muhammadu Jibrilla in changing the state for the better. He made the assertion shortly after going round some road projects embarked upon by Governor Bindow within the state capital, saying the Governor was able to deliver despite the economic crunch in the country.

The Information Minister expressed satisfaction with the quality of work done said the performance of the Governor within less than one year in office has started giving the state a new look, adding that APC as an agent of change will definitely give people of Adamawa and Nigeria the needed change.

The Commissioner for Information Comrade Ahmed Sajoh had earlier told his  August visitor that apart from road projects going on across the state Bindow administration also accords priority to education and health sectors.