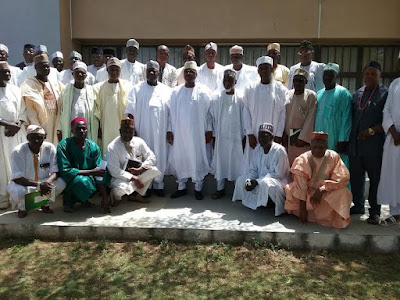 Security Agencies in Adamawa State  have  been  commended  for their  efforts in maintaining peace and stability in the state. Governor Muhammed Umar Jibrilla  made the commendation when he  granted in audience members of the Adamawa State  Police  Community  Relations  Committee  (PCRC) that paid him a courtesy visit on  Tuesday  24th May, 2016 at Government House Yola.

The Governor  assured  the PCRC of government's  support and cooperation  at all times and called on members of the committee to be  united  and work for  the overall  progress  and development of the state  and  the country at large. He also  assured that his government will  always  partner  with the  members of the  Police  Community Relations Committee  in the  areas of  maintaining  peace and security in the state  and called on the  members to be  sensitive  in  discharging  their responsibilities  during their community  policing. 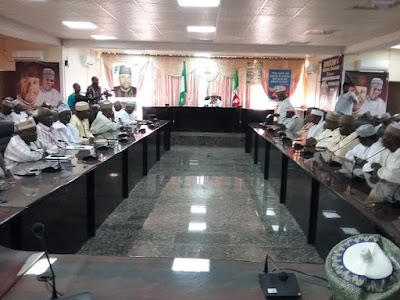 Earlier in his speech the state Chairman of the  Police  Community Relations Committee  Alhaji  Sahabo Magaji  have told Governor Muhammed Umar Jibrilla  that the  members of the committee  were at Government House Yola to congratulate him  for the  developmental  projects being  carried out by the  present administration  across  Adamawa state. He also  informed the Governor that the  PCRC  in Adamawa state  has contributed in no small measures  in sensitizing the  community  on security  alertness and also information  gathering  that  leads to successful  operations.

On a final note, he appealed to the  Adamawa State Government  to provide logistics  to the PCRC  in the state  to enable  it performs  effectively.
12:49
Adamawa Daily Reports
News
Email ThisBlogThis!Share to TwitterShare to Facebook