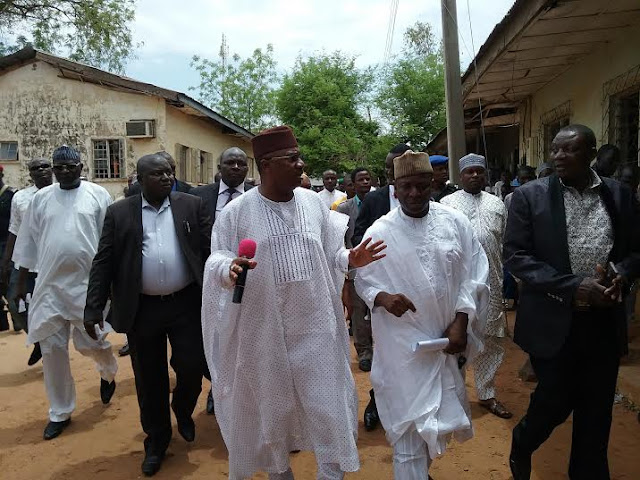 Governor Muhammed Umar Jibrilla has  expressed his concern  over the  deplorable nature of building infrastructure  at the states Upper  Area and Majesty  Courts located  at the  Police roundabout  in the state capital.

The Governor stated this during  an unscheduled visit to the premises of the Upper and Majestry Area  Courts on Monday 16th May,2016.

While  conducting the Governor round the Courts premises, the State Chief Judge Justice Ishaya Kida Banu informed the  Governor that the Courts  were in existence for over Forty years and are not being given due attention  by the  successive administrations. 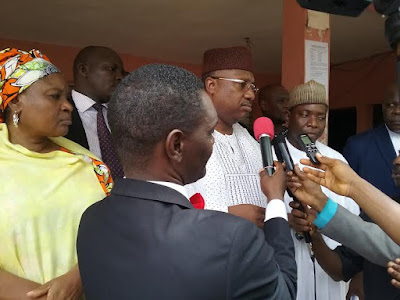 Governor Muhammed Umar Jibrilla lamented that the delapidated buildings around the court is unhabitable  for the judicial officers and described  the Judiciary  as the  last hope of a common man. He also called on the  judicial officers  in Adamawa State to  adjudicate justice with mercy in their  adjudication.

The Governor  pointed out that the  Third  Arm of Government is entitled to a conducive  working environment  to enable it performs it's duties  effectively  as enshrined  in the  constitution of  Nigeria. He also inspected  the  newly  constructed Court Complex  along Justice Buba Ardo Road  as well as the Old High Court  along Kasim Ibrahim way where he assured  that his government will  do everything possible to see that the  Judiciary perform its responsibilities.
12:54
Adamawa Daily Reports
News
Email ThisBlogThis!Share to TwitterShare to Facebook