Home » Special Report » UNFPA: “Our Government Places High Emphasis on Early Reporting of Rape Cases and Services Relating Prevention and Response to all GBV “ Says Her Excellency the Wife of the Governor of Adamawa State.

UNFPA: “Our Government Places High Emphasis on Early Reporting of Rape Cases and Services Relating Prevention and Response to all GBV “ Says Her Excellency the Wife of the Governor of Adamawa State. 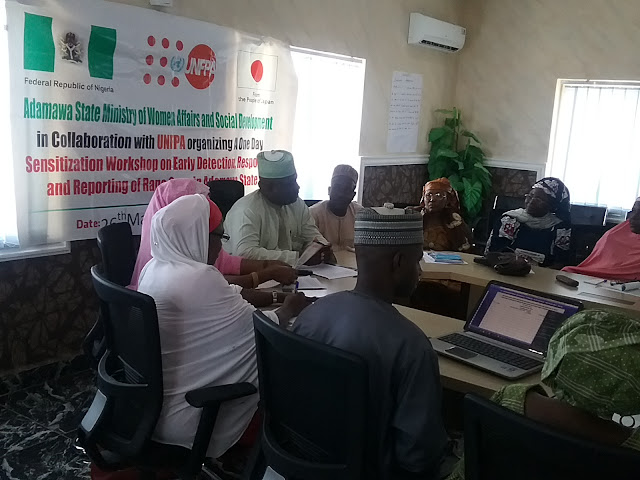 Ministry  for  Women  Affairs  in collaboration with United  Nation  Population  Fund (UNFPA)  had on Thursday 26th  May 2016, organised a one  day sensitization workshop on Early  Detection , Response  and Reporting of Rape  held at Madugu Hotel here in Yola.

According  to  UNFPA Programme  Coordinator Auwal Abubakar the aim organizing the workshop is   to  find out  the  best  way  of providing medical  and Psycho Social Support  to the victims of GBV in our society. He said, last month they have recorded about 300 cases of GBV in Adamawa state, out of which 70 is a case of rape.
In her remarks, the Permanent Secretary Ministry for Women Affairs Hajiya Maisaratu Bello said “Ministry for Women Affairs is saddled with the responsibility of ensuring that the rights of women and children are protected.  She assured the stakeholders that the Ministry is ready to give all the necessary support needed in ensuring that GBV is eradicated in the society”. 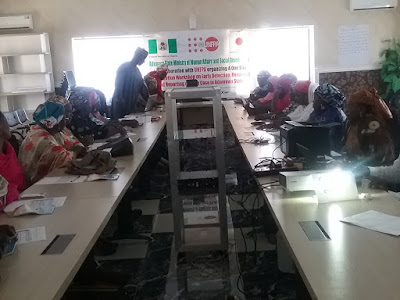 In a Good Will Message  delivered by the Hon. Commissioner Ministry  for Women Affairs, Social Development and Integration Alh. Aliyu Bello Tola who represent her Excellency, the wife of the Executive Governor of Adamawa state Haj. Maryam Muhammad Umaru Jibrilla said “the importance of this programme is to refresh and increase members’ awareness, knowledge and importance of Early Detection, Response and Reporting of Rape cases in our communities hosting IDPs in the state”. The Hon. Commissioner urged the participants to utilise what they will learn in the workshop and put into practice so as to educate members of their respective communities.

The Honourable  Commissioner Alhaji Aliyu Bello Tola told news men that it is not only women that are being raped, that men too are raped, but because  they find  it difficult to come out and say it they decides to keep it a secret “men and men are raped, women and women are raped” Tola said. He urged all the participants who were from the grassroots to cascade the sensitization to people most especially the victims of rape so that they can open up and identify themselves with the relevant authorities. 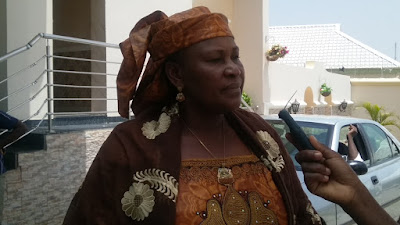 The representative of the Chairman of the Adamawa State Planning Commission Mrs Gladys Dzarma in an interview told Adamawa Daily Reports that Gender Based Violence has affected the world and for that reason, a sensitization like this should be made to communities because of the importance of the issue. Mrs Dzarma also said that it is important for the public to know that there is a legal backing on the issue, adding that it has been passed and accepted in the constitution of the state. Lastly she urged all participants to continue with the advocacy in their respective local government areas. 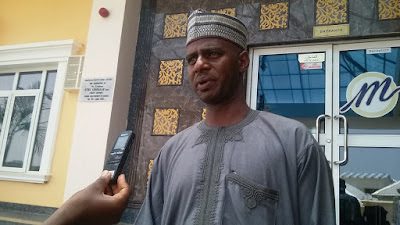 However, the Operating Officer of UNFPA in Adamawa State Mallam Auwal Abubakar in an interview said; “We UNFPA are supporting the Ministry of Women Affairs to sensitize women on early reporting of case.....”He said that the sole aim of the programme is minimise rape cases.” Last month alone, we have recorded over 300 GBV cases in the state and as a result 70 are directly related to rape cases. This programme is basically to create awareness on early detection and early reporting of rape cases in the IDP camps and the communities hosting IDPS.

Most importantly, he expects the participants (National Council of Women Society) to go back to the society and educate it on (GBV) early reporting of case. 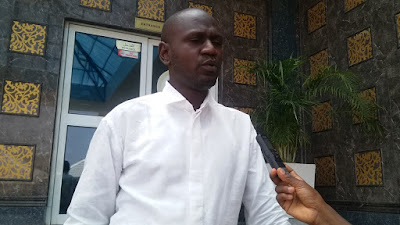 Auwal Bashir the State Coordinator Action Aid and Implementing Partners for GBV activities in the state supporting the UNFPA said that it is part of their mandate to see that there is a drastic reduction in the incidences of rape cases and to have a holistic  approach on how to handle rape cases.
06:31
Adamawa Daily Reports
Special Report
Email ThisBlogThis!Share to TwitterShare to Facebook