NEWS: Construction of Kiri -Shelleng road was Officially Flagged off 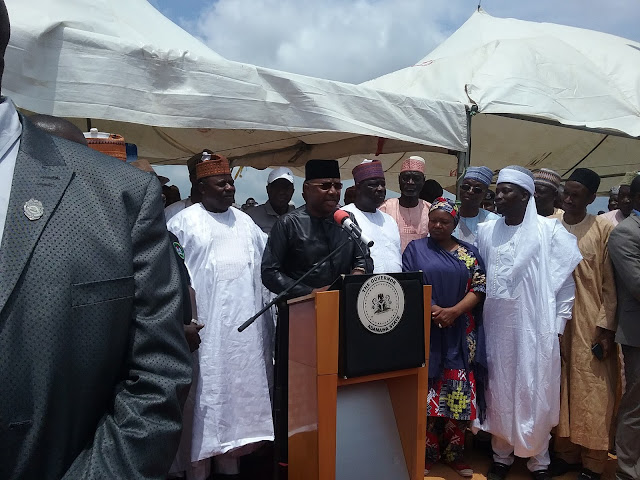 The  Contract  for the  construction of Kiri - Shelleng road  have been officially  flagged  off  by His Excellency,  Governor Muhammed Umar Jibrilla  on Saturday  16th  July 2016.
Performing the ceremony  at Mararraba  Kiri - Shelleng road, Governor Jibrilla  explained that  the construction of the  road  is  in line with the  philosophy of  his administration  to open up rural communities  in the state  through the provision of basic amenities and  infrastructure.
The Governor  remarked that the  project  will  go a long way  in improving  the quality of  lives of the people of Adamawa state as well as  socio-economic  and  Agricultural  potentials  in both Kiri and Shelleng areas.
He also  expressed  appreciation to the people of  Shelleng  for their  massive support  and cooperation  given to  his administration  and assured that  more dividends of Democracy   by his government. “Guyuk, Numan and Ganye  township roads will also be reconstructed.” He said 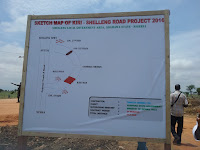 Earlier in her remarks the Honourable Commissioner ministry of  Works Barr.Lilian Nabe Kayode  revealed that the  37.5 Kilometres road  was awarded to TRIACTA Construction Nigeria Limited  at the  cost of Three point Two Billion Naira   (N3, 200, 000, 000.00) with the completion period of Twenty -Four  Months.
The Commissioner also  urged the people of  Kiri  and  Shelleng to give  their  total support and cooperation to the  present administration for the overall development of the state.

In his goodwill message at the occasion,  the  Chief of staff government house Alhaji Abdurrahman Abba Jimeta  said “with this project    His Excellency has  fulfilled  his campaign promises to the electorates of Kiri and Shelleng.”
Also in his remarks the  Managing  Director of  Triacta  construction  company  Engineer  ELLI FARAHAD assured  Governor Muhammed Umar Jibrilla  of good and qualitative   work  and will complete the project  within the approved time frame.