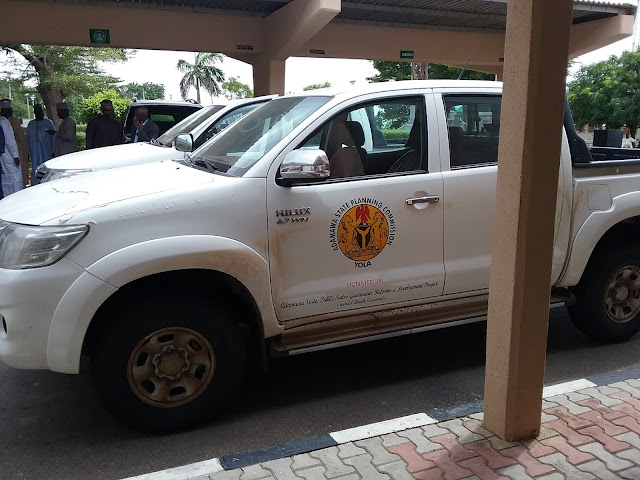 The  World Bank  have donated  Two Hilux  Vehicles  to the Adamawa state Government for effective performance of  government activities. 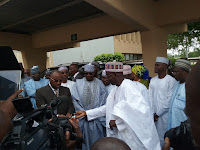 Dr  Bello  Abubakar said the World Bank  had decided to  donate the vehicles  in view of the  developmental  steps being taken  by the present administration  necessitated the  World  Bank  to allocate the  operational vehicles to the state  Planning commission  so that capital projects  be effectively  supervised.

He explained that the  World  Bank had approved  a number of consultancy projects for Adamawa state  such as medium  term  sector  strategy.

Dr. Bello said  “ The  roll out  for  Adamawa state  was the  first  of its kind in planning,  the Bank  has also approved the  procurement  consultant  to build up capacity  of political  office holders in the  state,
Tax Payers  enumeration  survey,  Training  of staff of the state Board of Internal Revenue  to synergies  the  government  efforts  in developing the state". 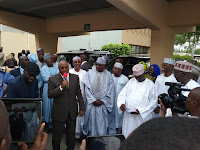 In his remarks, Governor Muhammed Umar Jibrilla  thanked  the World  Bank  for its generosity towards the development of Adamawa state.
He  assured that  the vehicles  donated would be  judiciously utilised for the  purpose intended  and called on  other  international donor agencies to emulate the gesture.