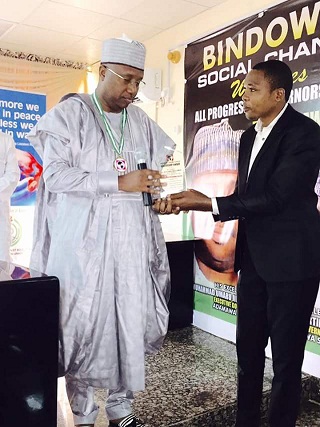 Governor Muhammed Umar Jibrilla has  backed an Award of Africa's  most outstanding Governor  for his outstanding performance and  service delivery in the state. The All African  Students  Union  (AASU) with its headquarters in  Accra ,Ghana  conferred KWAME NKRUMAH Leadership  Award for 2016 on Governor Bindow at the council chambers of the Government House here in Yola.

While  presenting the  Award to Governor Muhammed Umar Jibrilla, the  leader of the All African Students  Union  Comrade Herman Kounedyi from Cote  D'I Voire who was assisted by the  Secretary General of the  Union  Comrade  Idowu O. Israel said  they were optimistic  by their findings  that Governor  Jibrilla  had  provided  over Sixty (60) road networks with street lights  within the state  capital as well as Mubi metropolist. 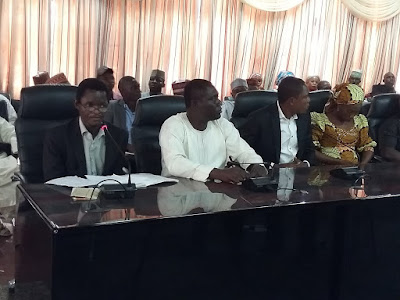 Comrade  Herman Kounedyi  explained that the  union  believe in good governance  which is the  major concern  to  all  African Students Union  pointing out that the  Award  is to ginger the Governor  to redouble his efforts towards the  provision of Dividends of Democracy to the electorates of Adamawa state, and  called on  other state  Governors  in Nigeria  to emulate Governor Muhammed Umar Jibrilla's  developmental  efforts.

While receiving the  Award,Governor Muhammed Umar Jibrilla said he was not surprise  with the Award  because  he was elected to serve  the  people of Adamawa state "I am the Governor  of the people  and  I must do what God mandated me to do  to my people, and with the meager resources, I have no reason to  complain,  we just have to  perform  our duties  as promised to the electorates ", he added. The Governor however pledged  his support  to the union  and expressed  gratitude for  honouring him as the Best performing Governor  in Africa.

Also in his remarks ,the Chief of Staff Government House Yola Alhaji AbdurRahman Abba Jimeta  said "this is the Best Award  Governor Muhammed Umar Jibrilla  has received  that is not based on primordial sentiment  so far".  He assured  members of the  Union  that the present administration under Governor Muhammed Umar Jibrilla  will continue to  deliver  democracy dividends to the people of Adamawa state. 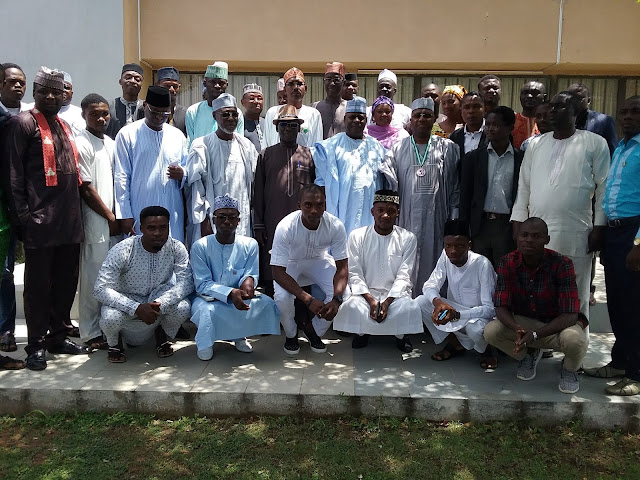