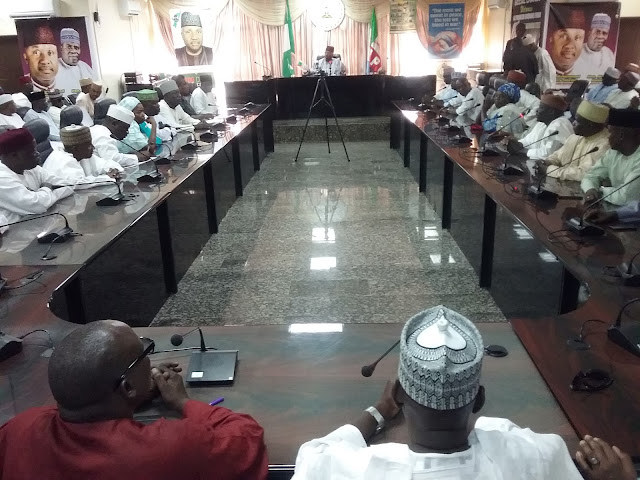 Former Law Makers  from 1979 to 2015 in Adamawa state have  commended Governor Muhammed Umar Jibrilla for his  developmental projects  in transforming Adamawa state within shortest period in office.

The  Former  Members  explained that  for  what  they saw in terms of  physical infrastructural development  across the state worth commendation;  " Governor Bindow  has done everything  to the electorates of Adamawa state  as promised during  campaigns."

They also  called on the people of Adamawa to  rally round the  Governor  for the progress and development of the state.

Responding, Governor Muhammed Umar Jibrilla said his administration  was able to construct about  80 Roads  across Adamawa state  in just one year,  and solicited  the support and cooperation of the  former  Lawmakers  to take the state to next level. 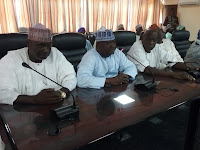 The Governor also  informed  the legislators  that his government  has developed a Fifteen years  Blue -print  for the state.

The Governor described the  state  as the backward  state in the Federation  in terms of  development "we have no any state  than Adamawa state, let's join  hands together and  develop our state for the betterment of our future  generations." He said.
He however called on the  investors to come and invest in the state, stressing that Adamawa state  is stable and calm;  "all  what I  want is the support of the people so as to  provide democracy dividends to the electorates  especially  at grassroots." The Governor  added.

Also in his remarks,  Honourable  James  S.Barka  had assured governor Bindow total loyalty and support  of all the  former  legislators  to  enable  him succeed.