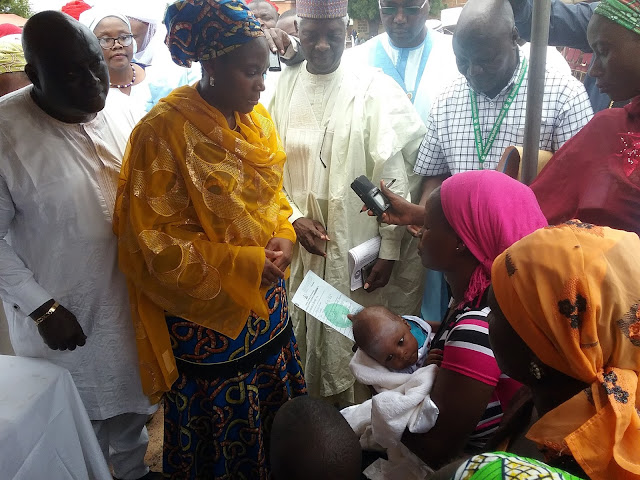 Flagging-off the campaign exercise in specialist hospital  Yola, Gov. Muhammadu Umaru Jibrilla Bindow, assured of the state government’s commitment to the success of the exercise.

Governor Jibrilla, who was represented by the Honourable  Commissioner, Dr Fatima Atiku Abubakar, urged parents and caregivers to come out en mass to register their children.

" Registration of our children is indeed very essential as its provides data needed for population estimation, projection and other analytical studies useful for all demographic planning and research in the state and nation as a whole.

"Adamawa State, therefore, is committed to supporting such programmes aimed at improving the well being of children in the state.

“It will therefore not relent in providing the enabling environment for the smooth implementation of programmes in collaboration with NPC and the donor agencies like UNICEF and European Union  in the state." 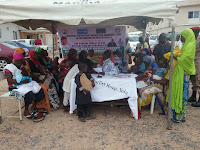 The Federal Commissioner of NPC, Mr David Garvuwa, said the National Demographic and Health Survey (NDHS) showed that Adamawa had the lowest birth registration in the North East.

"This flag-off today marks the beginning of a seven-day massive birth registration in all the 226 wards of the 21 LGAs in the state to give our children their right to existence and identity,” Garvuwa said.

He urged the state Governor to direct local governments council chairmen  to second to the commission at least one staff who would be trained to assist in birth registration.

Garvuwa said that the commission had only 79 registrars in the state and had to engage 2,136 sub registrars for the week  long  exercise.

"With support of all stakeholders, all unregistered children in Adamawa will be registered and obtain the birth registration certificate issued by NPC to ensure every child has an identity as a Nigerian.