Hon Minister of State for Health visit to Adamawa state 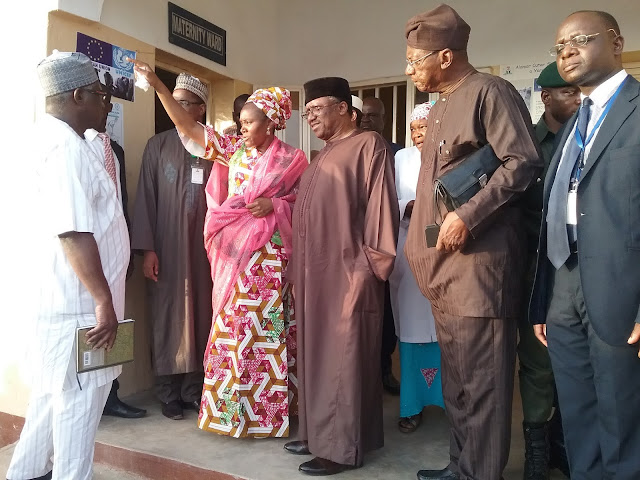 The Mission was led by Hon Minister of State for Health Dr. Osagie Ehanire, briefing his Excellency and state  Exacutive members at the council chambers Government House, Yola Hon Minister  said the were in the state to advocate for increased in support and effective collaboration to stop  the current resurgence of wild polio virus transmission. 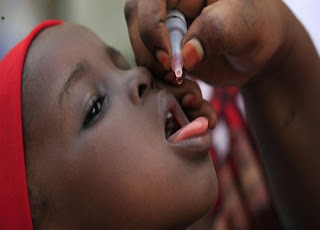 “You may recall that in the last two months ago, the hope of Nigeria to be  certify as polio free nation faces  a serious setback due to resurgence of the virus in Borno State.”

Following the confirmation of the outbreak of Wild Polio-Virus (WPV) and  to ensure the containment of all the cases and prevent further spread of Virus (WPV) to other states,  Federal Government has approved the revision of the robust Wild Polio Virus (WPV) outbreak response plan developed by the National Primary Healthcare Development Agency and its partners. The response plan includes five (5) successive  rounds of polio campaigns, two (2) of which are focused on eighteen (18) Northern States and two (2) to be conducted nationwide, one to be conducted in 5 states.
The campaigns were synchronized with the affected regions and provinces in neighbouring  Chad, Niger, Cameroun and Central African Republic
For the sub-national campaigns, the minister said 31,540,054 children are targeted to be vaccinated each round with oral polio vaccines across States in the North-East, North-West and North-Central zones of the country.

For the nationwide response, 56,363,618 children will be vaccinated between in October and November 2016.
“We believe that this high level advocacy will strengthen the state government efforts towards polio eradication campaigns  in the state.”

Earlier in her remarks, the Honourable Commissioner State Ministry of Health Dr Fatima Atiku Abubakar said the state is fully committed in boosting immunity in special places like international orders with republic of Cameroon, motor parks and idps camping which the state has successfully vaccinated 306,890 children with  6,090 as zero dose cases.

“We collaborated with WHO to recruit mobile health team to support hard to reach areas, nomadic settlements, IDP  camps and their host communities; in the period between June and September, the teams were able to administer 25,592 doses of OPV, 2,948 doses of IPV, 2,829 doses of measles vaccine and 14,813 doses of vitamin A.”

In his short remarks, his Excellency Governor Muhammadu Umaru Jibrilla Bindow, well come the Minister and his entourage to Adamawa state and said “due to our proximity to Borno state where the recent cases have been reported,   we are assuring you that we on high alert our emergency response teams and containment plans are active.”

Adamawa state is one of the state hit by insurgents, difficulty in accessing some of the hard to reach areas by health workers due to ban on motorcycle usage, pockets attacks in some settlement and vandalization of cool chain equipment in 7 local government worse hit by insurgents sill remain major problem in the state.
Governor Bindow Call on the federal government to support state solar refrigerators in the seven insurgency affected LGAs to alleviate cool chain logistics problems and also to intensify routine immunization activities.