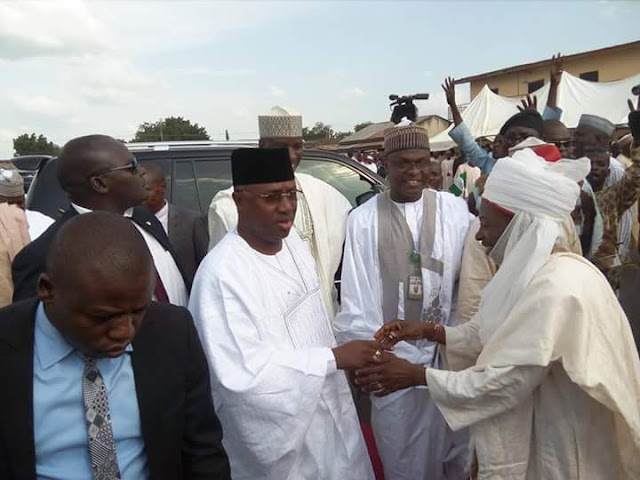 The motor park was reconstructed and ashphalted by the Bindow administration within 2 months. Drainage system was also provided to take care of the flash flood often experienced in the motor park.

The motor park is one of the campaign promises of the Bindow administration.

Welcoming guests at the occasion the state commissioner for works Barr. Lilian Stephen reiterated the commitment of government in providing infrastructure and called on the people of Yola South to maintain the facility.

The speaker of the Adamawa State house of assembly, Hon. Kabiru Mijinyawa tasked the people to pay their taxes so that Government will continue to provide more of this kind of infrastructure to the people.

The chief of staff Adamawa State government House Abdulrahman Abba Jimeta who was the director general of the Bindow campaign organization underscored the fact that the reconstruction of the motor is a fulfillment of their campaign promise.

Jimeta asked the people to keep supporting the All Progressives congress because it is promise keeping party and has the plight of the people at heart.

In his speech, Governor Bindow underscored the fact that the money for the reconstruction was moped up from the diligent and strict negotiations from the road contracts given to contractors in the state. He called on the people of the state to trust his government promising to do all in his power to take care of the needs of masses in the state.
Bindow stressed that his government is the government of the people and it will ensure that the dividend of democracy is delivered to the people; Adding that the interventions of the government is not only in road constructions but cuts across other sectors such as health, education, Agriculture.
Bindow thanked the people for their support and tasked them to be unrelenting in their support of his government.