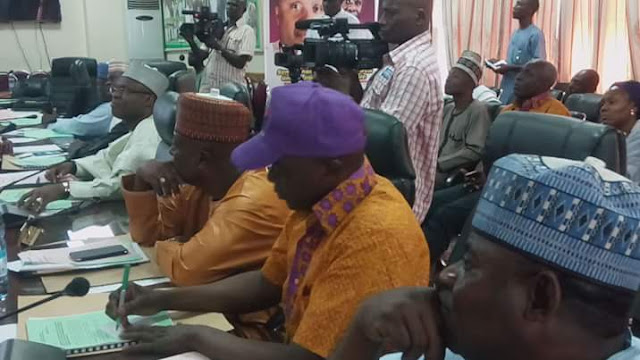 Adamawa State government has on Wednesday forwarded the Late Justice Umar Bobboi White Paper investigating the  administration of former Governor  Murtala Nyako for financial misappropriation and misconduct to the Ministry of Justice for advice before the State Executive Council takes decision.

Commissioner for Information and Strategy, Ahmad Sajoh made this known to press men shortly after the Council's meeting held at Government House, Yola.

The Commissioner said, Justice Bobboi White Paper that investigated  the administration of Governor Nyako between 2007-2014 is referred to the State Ministry of Justice for advice before the council takes a decision on the submission.

"The State Executive Council at the meeting also ordered full investigation into the activities of the Millennium Development Goals (MDGs) from it inception to date in the State".

The 5-man panel of investigation will be headed by Hon Alpha Belel as the Chairman, Deputy Permanent Secretary Political, Musa Gaude is to serve as secretary and Ayuba Tumba, Hon Jim Audu and Babs Shuaibu as members.

It would be recalled that former governor Murtala Nyako was impeached by the State Assembly in 2014. After his impeachment the then Speaker of the House, Ahmadu Fintiri assumed office as the Acting Governor of the State.