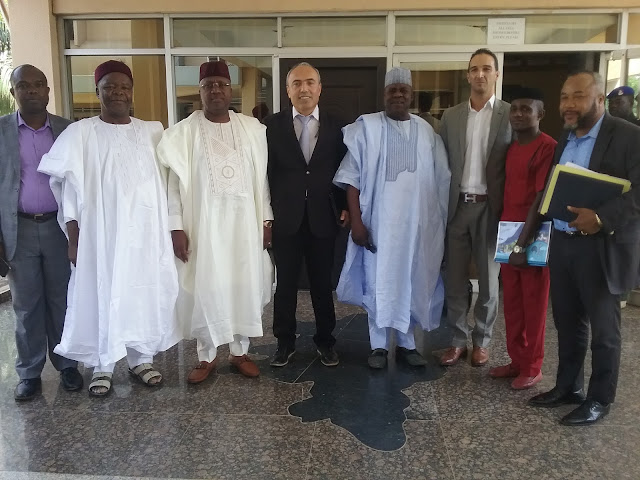 His Excellency Governor Muhammed Umar Jibrilla has granted-in an audience a presentation  from the  European Union delegation  on Financial  and Technical  Aids for Public and Private sectors  in Adamawa state.

In his  presentation, the  leader of the delegation  Dr. Ahmet  Kocak  informed the State Executive Council that  their mission in  Adamawa state  is to seek modalities that will  reduced  people's hardship and   eradicate  poverty  developing nations  through the provision of sustainable development, peace and security  among others.

Dr.Ahmet  explained that the objectives of the  group is to contribute to increase in the living  standards of  people in rural areas  through poverty alleviation and creating  employment  opportunities  among the people of Adamawa state with a view to  be self reliance  as well as to improve  socio-economic  well-being of the masses at grassroots.

In his  response, Governor Muhammed Umar Jibrilla  described Adamawa state as  a backward state in  terms of  development in the federation, he had however called on other international donor agencies and other NGO's  to assist the state. The Governor also reiterated his government's  commitment to  partner with any organisation across the  globe  in order to  bring development to the state.

During the  presentation, a five man technical  committee  was constituted  to  liaised with the  European Union delegation  so as to work  out modalities on  how Adamawa state  would  benefit from  the European Union's  programmes.