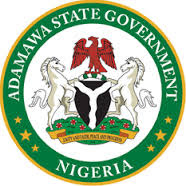 To attribute a statement to a person means you are quoting the exact statement of the individual, or crediting it to that person, this I am sure the people's Daily reporter and his editors should know very well.
Our attention has been drawn to a very mischievous caption by People's Daily of Friday November 11, 2016 thus:
"2019 Presidency: ITS EITHER ATIKU OR NOBODY SAYS GOVERNOR BINDOW".

Firstly, Governor Bindow never made such a statement ever. The caption above attributed to Governor Bindow in the write up is wrong, mischievous, evil and unwarranted. Whatever the writer attempts to achieve by this is unfortunate and it has woefully failed.

It is unfortunate that journalists who are suppose to properly inform the public will condescend to blackmail by captions that do not tell the real stories they portray.

Governor Bindow did not mention or talk about the political ambition of former Vice President Atiku Abubakar at the Girei flag off, and I challenge People's Daily to make available the recorded version of Governor Bindow's speech at the ceremony if they so deny.

Why would they attribute such a quote to Governor Bindow?
I smell an invincible hand/voice dictating to people's Daily what they wrote. What did they stand to achieve?

Infact, Governor Bindow's statements at the flag off was that, the Former Vice President, Atiku Abubakar is not his political God Father and he is not taking instructions from him, he stated it right in his presence but emphasized that he is like a biological father to him, and advices him to work for the good of Adamawa people.

Where did the People's Daily reporter get his quote or caption from?
Is it a case of he who pays the piper dictates the tune?
Has any brown envelope exchanged hands?

The preoccupation of governor Bindow is to deliver on his campaign promises which he is committed to and he (Bindow) stated it at the venue of the Girei-WuroBokki road flag off but alas! People's Daily did not hear that part, what they heard and resort to is blackmail and misgivings.

Other issues raised by the Governor at the venue which centers on thanking President Muhammadu Buhari on the successes recorded in restoring peace to the North-East were also ignored by people's Daily. The developmental strides of Bindow in less than 24 months did not also get their attention. What an irony. No wonder the age long adage that says the eye only sees rightly with the mind.

Has the paper sold out its tenets and journalistic values to the opinions of a few individuals even when it is incorrect?
I want to advice the publishers of People's Daily to retract that caption and apologize to the executive Governor of Adamawa State, Senator Muhammed Umaru Jibrilla Bindow, for wrongly or rather mischievously attributing to him statements he did not make.