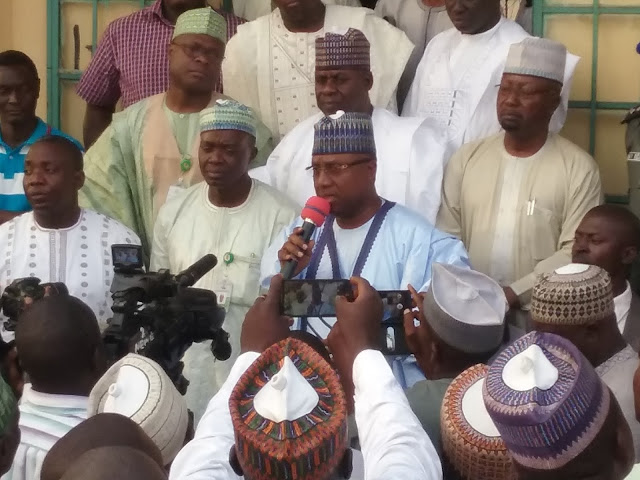 Governor Muhammed Umar Jibrilla has  presided over the 23rd State Executive Council Meeting  (EXCO ), at the Government Secondary School  Girei, the Fifth in  series to be  held  outside the Council Chambers of the Government House Yola and the last Council meeting  for the year 2016.
Briefing Journalists at the end of the EXCO Meeting , The Secretary to the State Government Dr Umar Buba Bindir said the EXCO Meeting is a weekly  tradition since the inception of Bindow's administration and based on the promises and  focus and the sense of  responsibilities of the  Governor backed by his dream team to meet  the people at the grassroots.
He explained that it is the by the demonstration of His Excellency's people's leadership that led to the declaration of the state of emergency on Education sector. 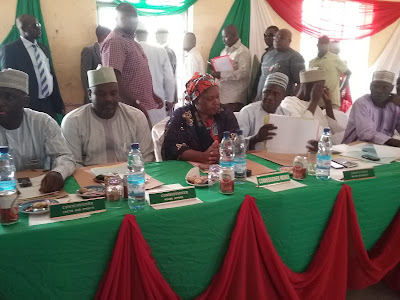 He also  revealed that the Council  discussed many issues  including the  general economy of the state, stressing that a committee would be form on the State Internally Generated Revenue  (IGR) as well as other issues  surrounding Anchor -Borrowers Scheme  to the farmers of the state .
In his remarks , Governor Muhammed Umar Jibrilla  had assured Teachers  of Adamawa State  that all their outstanding  salary arrears and that of the Local Government Staff  would soon be settle with immediate effect .
Governor Muhammed Jibrilla explained that  because of the  importance of  Education to the development of the  society , his administration  has already  declared a state of emergency on  the secto.
The Governor  and Members of the State Executive Council also inspected the delapidated buildings around the  school where he  expressed  dismay over the deplorable nature of building infrastructure at the  school and  assured  of government  intervention .
Also in his comment, the  Principal of the Government Secondary School Girei thanked Governor Muhammed Umar Jibrilla  and Members of his cabinet for their purposeful leadership and for holding the EXCO Meeting  at his school . 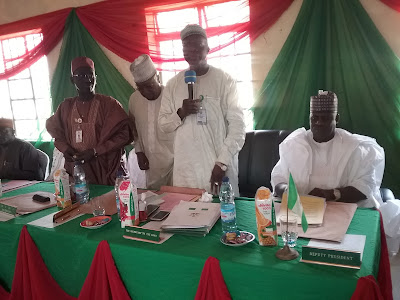 He appealed to the  State Government  to provide the  school with logistics in  order to alleviate the hardship being faced by the  Staff and Students especially  during emergency services and to also convey students to hospital for  medical  treatment .
03:14
Adamawa Daily Reports
News
Email ThisBlogThis!Share to TwitterShare to Facebook