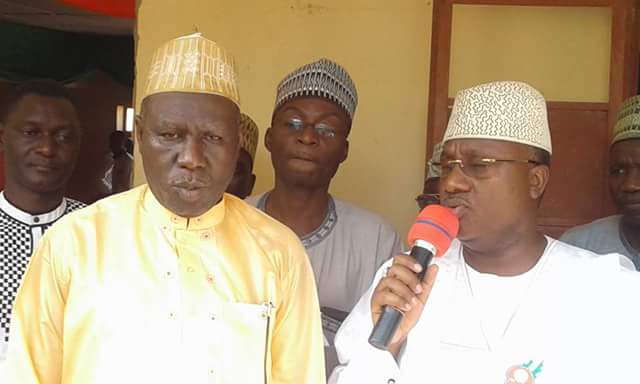 All  the  outstanding  salary arrears and other emoluments  owed by Teachers in Adamawa state  would soon be settle  by the State Government . Governor Muhammed Umar Jibrilla who stated this as part of the  resolutions  taken by the State Executive Council meeting held at Government Secondary School Guyuk, the 4th  in series  to be presided over by Governor Muhammed Umar Jibrilla  outside the Council Chambers of the Government House Yola .

The Governor explained that the  Government  Secondary School  Guyuk will be  giving total  renovation and to become a  boarding school  because his Government  has declared a state of emergency on Education sector . 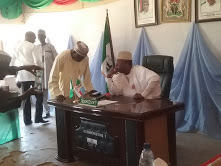 While  thanking  the Local Government  Council , Principal  and Teachers  of GSS  Guyuk  for hosting  the 22nd  EXCO Meeting , the  Governor restated the  commitment on the state of emergency  declared  by the  Government  is not only a statement  but will be made reality  so that  schools in  Adamawa State  be conducive for Learning.

Also,  commenting on the  outcome of the EXCO Meeting , the Honourable Commissioner Ministry of Information and Strategy Comrade Ahmad Ibrahim Sajoh said the Councilbhas  also  discussed  and adopted the State  Water Policy  to provide portable drinking water  to the people of Adamawa State . 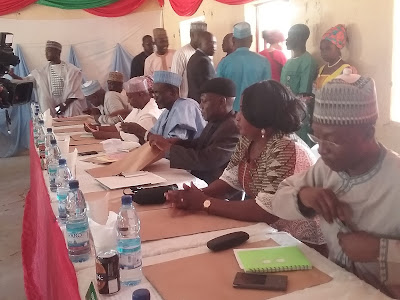 Sajoh also explained that the EXCO discussed on  issues with regards to security where the Governor was commended by the  Council by taking a  courageous decision  after the  Bomb blast  in Madagali , stressing that the  council also  discussed on a  far reaching decisions to ensure the safety of  every citizens of the state. Sajoh called on the people to be  security vigilant especially during the  period of  multiple  celebrations such as Christmas, Marriages, Harvest , Thanks giving, Home coming  among others  so that the disgruntled elements  would  not spoil the joyful existing  peace in the State .

He however, pointed out that the  Governor has called on the citizenry to be  prayerful  for the success of the present administration and the entire people of Adamawa State .
03:23
Adamawa Daily Reports
News
Email ThisBlogThis!Share to TwitterShare to Facebook