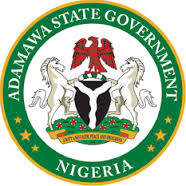 The Governor believes that such dastardly and cowardly act by the ruminants of the defeated insurgents may have been carried out as part of their last ditch activities aimed at fear in the people.

Senator Muhammadu Umaru Jibrilla sympathizes with the people of Madagali, condoling those who lost their loved ones and directing all those concerned in the  Government such as the health and humanitarian providers to take all necessary steps to cater for the injured.

The Governor further calls on to be more vigilant not to be cowed by the  cowardly activities  of the satanic group.