By Yunusa Abdullahi.
11/01/2017
Governor Muhammad  Umar Jibrilla  was presented with an Award of Excellence  as Special  Guest  of Honour  on the  occassion of Combat Arms Training  Week  2016 by the  Headquarters of the Nigerian Army Armour Corps Bauchi.

The  Award was being  presented by the  Brigade Commander of the  23rd Brigade of the Nigeria Army  Yola, Brigadier General Benson Akunmuyi at his Office in Government House Yola. 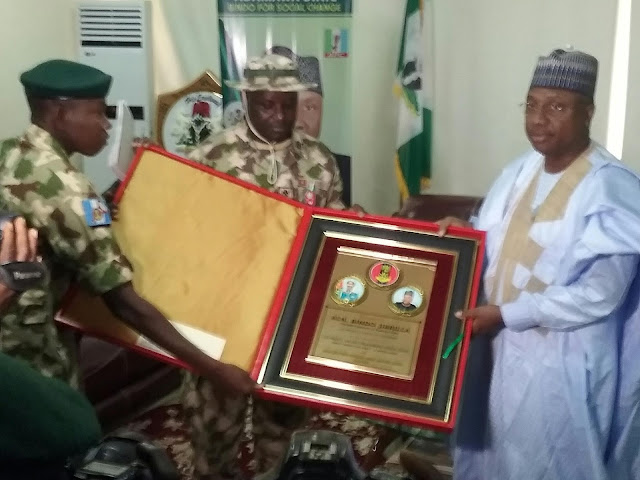