By A Special  Correspondent 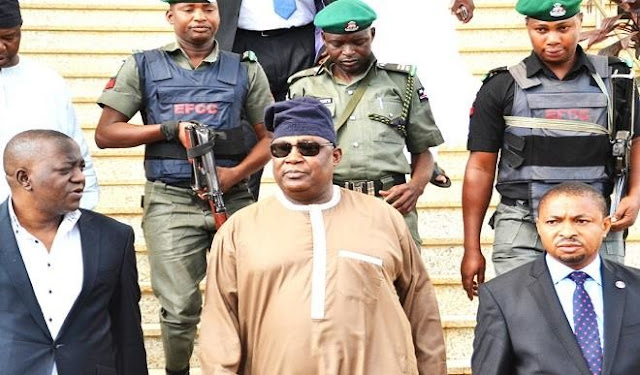 The builder and constructor of the former Chief of Defence Staff, Air Chief Marshal Alex Badeh's house here in Yola is expected to provide concrete evidence about the cost implication of the house today before a Federal High Court in Abuja.

Joseph Okpetu, a builder had earlier narrated to the court how he constructed Badeh’s N150 million mansion in Yola, Adamawa State and another N50 million house in Vimtim village, which were destroyed by the Boko Haram insurgents.

However, the Economic and Financial Crimes Commission (EFCC) is prosecuting
Badeh on 10-count charges of criminal breach of trust and money laundering amounting to the sum of N3 billion NAF funds alongside Iyalikam Nigeria Ltd, a company believed to be owned by him.

Air Commodore Salisu Abdullahi Yusha’u, a retired Director of Finance of the Nigerian Airforce, who ran errands for Badeh, had in March 2016 testified against him on how he paid the sum of N150 million for the construction of his personal house in Yola.