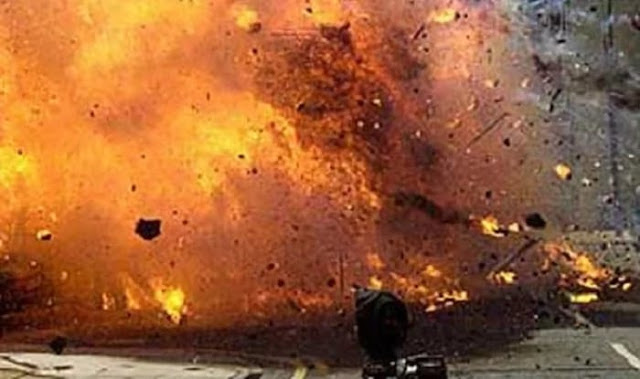 Another bomb blast occurred this morning and several people are feared dead in Madagali town of Madagali Local Government Area of the state.

“We heard three blasts near the checkpoint where people gathered to be screened before entering the town as you know today is another market day. The suicide bombers blew themselves up alongside the two vigilante members that approached them,”  says an eye witness

Speaking on the development, the Member Representing Madagali/Michika Federal Constituency, Mr Adamu Kamale, said he got the report but the information showed that there was no death.

“Information available to me showed that there was no death in the blast, except that some people sustained injuries,” says Kamale. He called for more deployment of troops to comb the Madagali axis of Sambisa which he said was still habouring insurgents.

Chairman of Madagali Local Government, Alhaji Yusuf Mohammed told newsmen that he has confirmed the incident but said he could not give details because he was not in town at the moment.

“I was outside the town for an official engagement but I was called and informed about the incident. That is all I can tell you for now,” Mohammed said.

It could also be recalled that on January 4th, three female suicide bombers who were on their way to Gulak market in Madagali Local Government Area were intercepted by the vigilante.