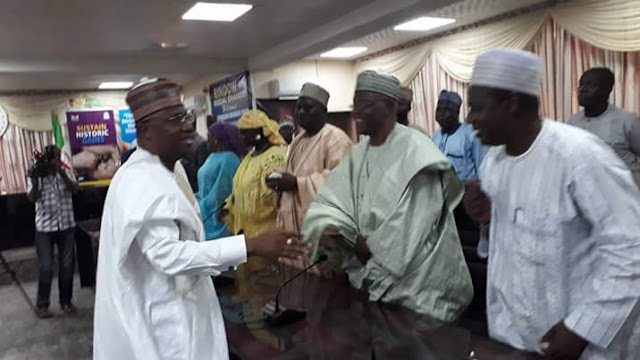 Hooba Elders  from Hong Local government  area have declared their  loyalty and support to the present administration under Governor Muhammed Umar Jibrilla.

The  community  stated this when the Elders of the community paid  a solidarity visit to Governor Muhammed Umar Jibrilla  at Government House Yola  recently
Speaking on behalf of the community, the leader of the delegation  Retired General Haldun Hananiya said the delegation was at Government House to announce their Loyalty and support to Governor Muhammed Jibrilla  and to congratulate him over his developmental strides by transforming Adamawa state with Roads Infrastructure and other social amenities to across the state. 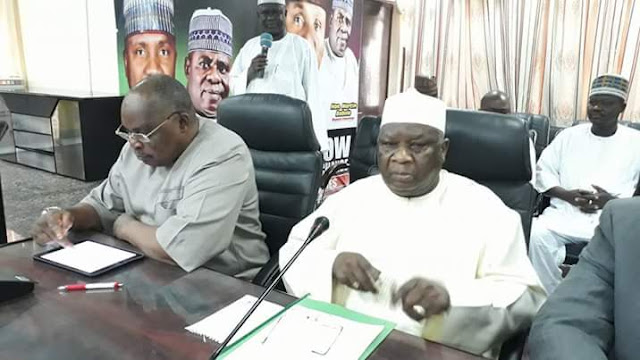 General Haldun Hananiya lauded the efforts of the Governor  by declaring  state of emergency on Education and Health sectors, describing the sectors as vital to  any society in order to develop.

The Hooba community also  appealed to the Governor to  complete abandoned projects in Hong  area which includes Pella -Maiha road, expansion and upgrading of Hong General Hospital, rehabilitation of Government Secondary school Hong, Construction of Kala'a -Zuga Yarima-Fadaman rake -Zidinyi roads, construct and landscaping and provision of water supply to the College of Education Hong  as well as construction of Earth Dams in the area so 5hat the  people enjoyed dividends of Democracy of the present government. 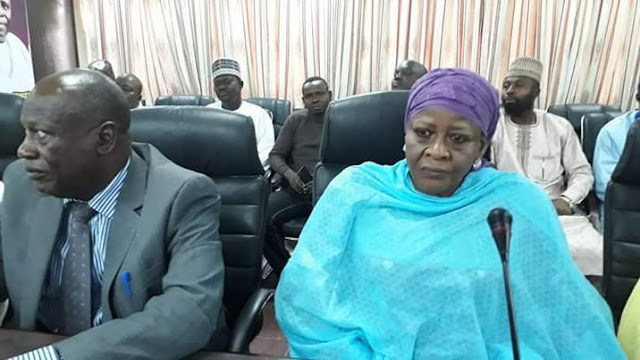 While responding Governor Muhammed Umar Jibrilla says his administration is poised to provide dividends of Democracy to all nooks and cranies of Adamawa state and assured the visiting community  that very soon the Bindow developmental Train would reach the  area. 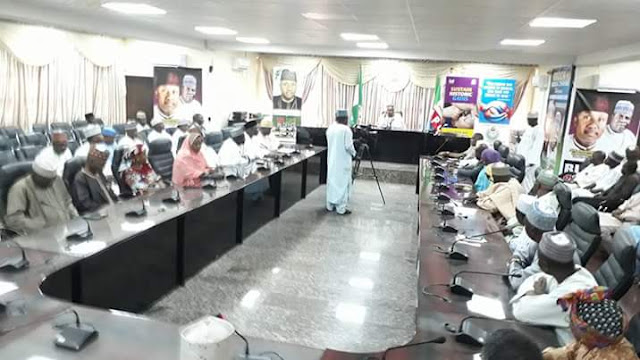 The Governor also  thanked  the delegation  for their visit and  supports, saying that  Hong Local government  is his second home, and called on the people of the area to continue to support his government in order to fulfil  his electioneering campaign promises to the  masses of Adamawa state.