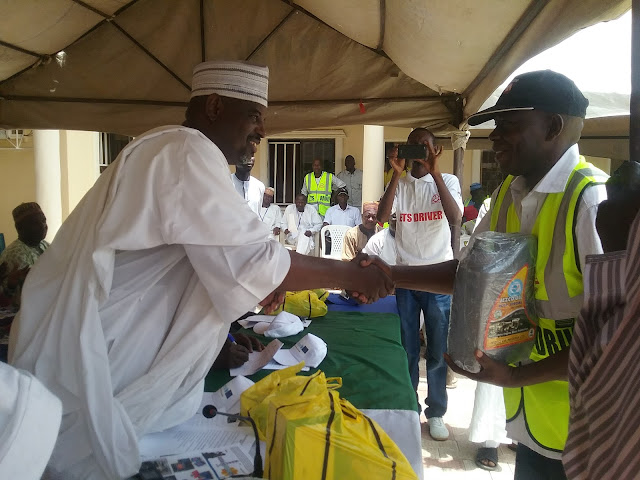 National Union of Road Transport Workers in partnership with Transaid, Society for Family Health has introduced the Emergency Transport Scheme (ETS) to ease the hardship pregnant women are facing in villages due to lack of access to Health Facility during labour. Under this arrangement, pregnant women in the remote areas are being transported free of charge to health facilities for safe delivery.

Sixteen out of the (21) Local Government Areas of Adamawa State are  involved in the scheme with two Focal Persons each . The Local Governments are; Shelleng ,Guyuk, Demsa, Numan, Gombi, Girei, Lamurde, Song, Jada, Yola- south, Hong, Fufore, Yola – nortn ,Mayo –Below, Toungo and Ganye.  That is to say a total of 32 Focal Persons and 640  Volunteer Drivers are participating in this programme.

In a Welcome Address, the Chairman National  Union of Road Transport Workers Alhaji Bello Adamu lauds the efforts of Volunteer Drivers for assisting women and children in the state.

On the other hand, the Territorial Manager, Society for Family Health Mr. Michael  Ochungu, commends the Chairman NURTW and Volunteer Drivers  for their tireless efforts  toward the success of the programme,  adding that the State Government have  been supportive  of the programme. He further urged the State Government and Technical Steering Committee  of ETS to ensure sustainability of the project in the state.

Also, the ETS Programme Manager, Mr. Benin Pinon, enumerated some remarkable achievements recorded by ETS thus;  community sensitisation with stakeholders in various Local Government, the National Programme Manager had a baseline survey, mid line survey to assess the project made by ETS. They also hold quarterly meeting with Volunteer Drivers and Focal Persons where they submit reports of the lifting carried out in their various Local Governments.

Recognition  and presentation of Awards to the best performing Drivers were made by the ETS National Programme Manager,  Alh. Ismaila Balogun, and the Commissioner Women Affairs, on behalf of Governors Wife, they were given a token amount. The overall driver who transported the highest number of women is Muhammad Lamurde, who transported 236 women, followed by Muazu Banshika ,transported 176 women while  the third is Abdulmumini  Ado who transported 174 women.

There were Goodwill Messages by Transaid, Commissioner Ministry for Women Affairs and Social Development, Ministry of Health, Brigade Commander  and Commander FRSC.

The Volunteer Drivers demonstrate how they give first aid to pregnant women and how they convey them to health facilities.

Responding on behalf of Volunteer Drivers, Modibbo Yakubu thanked Adamawa state government,  ETS and all those who contribute in assisting them, he prayed for Allah to bless them abundantly. 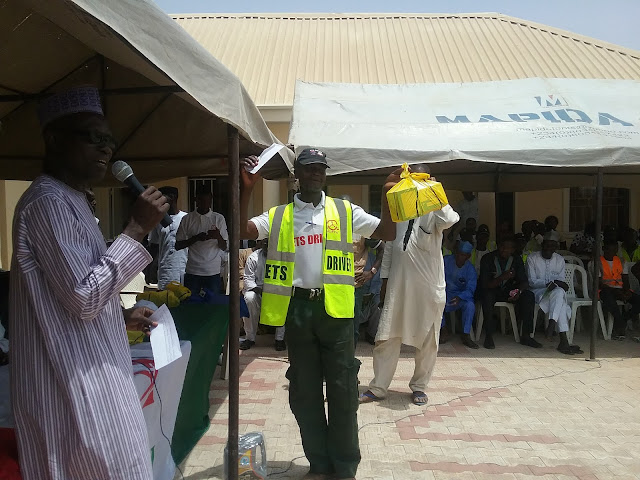 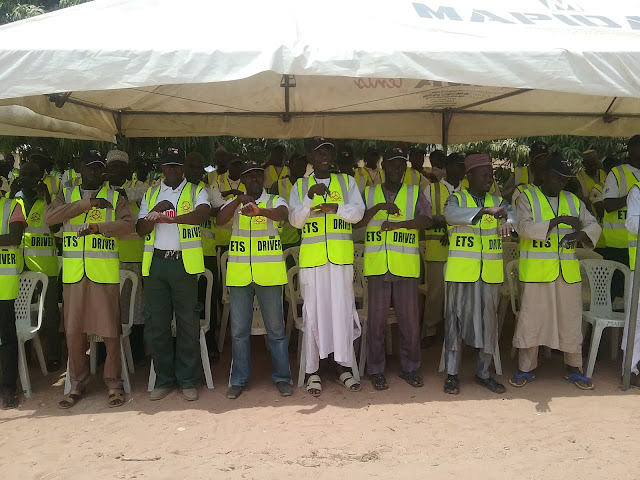 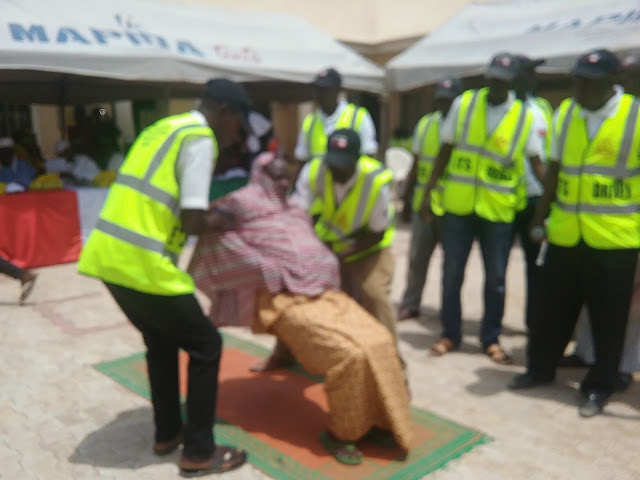