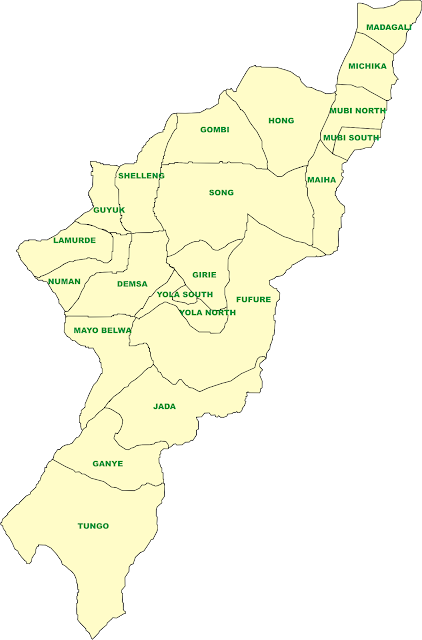 Audu who is the Director of the Commission told News Men in Yola that the Sukur cultural landscape is located on Mandara mountains in Madagali Local Government Area of Adamawa along Nigeria/ Cameroon border.

Audu told Journalists that the Sukur site was hilltop settlement and about 290 km from Yola, the Adamawa state capital and It stood at an elevation of 1,045 meter  above sea level.

He explained that Sukur cultural heritage was  an ancient settlement with a recorded history of ancient iron smelting technology dating back to the 16th century.

The site according to the Director General was National Monument as determined by the Joint Instrument of Federal Government of  Nigeria Decree No. 77 of 1979 and act cap.242 of 2000. Audu said that the site was attacked and burnt in September 2014 when Boko Haram invaded Madagali LGA.

" Sukur ancient Iron smelting heritage is the first Nigerian landmark to be listed on the World Heritage Sites  by UNESCO  at one of its International Conference  held in Marekkesh, Morocco in 1999."

" While, Osogbo Grove in Osun made the second list later in 2005 by the United Nations Organization for Education, Science and Culture (UNESCO)."

He listed Four modern research and international conference centers and  VIP accommodations and others as among structures at the site destroyed completely by Boko Haram. He noted that as part of the State Government's commitment about N65 million naira was earmarked for upgrading and expansion of the site in 2012.

According to the Director General, State Government was making effort in collaboration with the Federal Government to reconstruct the site .

" Our doors are open for support from National and International Cultural and heritages organizations to rebuild the site" Audu added.

Confirming the development, Alhaji Yusuf Muhammed, Chairman, Madagali Local Government Area, said that the site was the first International Tourist Centre in Nigeria.
Muhammed said that the site  was now shut down since the attack in  September 2014,
adding that despite the insecurity challenges, the Sukur Annual Cultural Festival was carried out  in February 2017 in the area.

He regretted that before the advent of Boko Haram, the site was  considered the biggest International Tourism Centre in Nigeria and the only Africa's first cultural landscape. Muhammed  explained that before, the attack , significant number  of international figures such as European, Asian and America Diplomats in Nigeria  and other international tourists visit the site on daily basis.

According to the Chairman, the site was once centre where researchers  in and outside Nigeria  trooped in  for their research activities." Government and the inhabitants used to generate a lot of money from the tourists and other visitors." Muhammed said.

Muhammed worried that , during the attacks many inhabitants of the area who were the custodian of the site were killed by insurgents while several houses were touched.

He appealed to  relevant national and international donors to join hands with the government to re-develop the site and rescue it from collapse.