Home » News » NEWS:TOBACCO USE, A GLOBAL CAUSE OF PREVENTABLE DEATH – CISLAC .

NEWS:TOBACCO USE, A GLOBAL CAUSE OF PREVENTABLE DEATH – CISLAC . 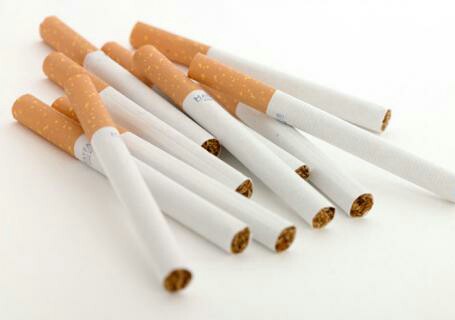 It is an undisputed  that Tobacco consumption has remain one of
the leading causes of preventable death globally.

The World Health Organisation (WHO) has lamented that it is
responsible for over six million  death worldwide, warning that if
nothing is done to reverse the trend, about eight million people would
die annually by 2030.

Auwal Musa Ibrahim, the Executive Director of Civil Society
Legislative Advocacy Center (CISLAC)  made this revealing disclosure
at a project on “Supporting Effective Tobacco Control in Nigeria” in
Yola, the Adamawa state capital.

According to him, the project which is supported by the African
Capacity Building Foundation (ACBF), was in response to the harmful
effects of tobacco use which has made several countries to implement
stringent control measures on consumption and advertisement.

Ibrahim who was represented by the CISLAC Senior Program Manager Mr.
Okeke Anya, maintained that in May 2015, the Federal Government
signed the National Tobacco Control Act into law.

“This new legislature was the outcome of a long and hard struggle by
both state and Non State Actors (NSAs) working in the area of tobacco
control in the country in order to ensure that Nigerians are
adequately protected from the awful effects that arise from the intake
of tobacco product directly or indirectly”, Anya explained.

He stated further that, these project is geared toward sensitizing and
building capacities of both state and NSAs towards strengthening
tobacco control efforts in Nigeria and also promote effective
implementation of the National Tobacco Control Act.

Anya therefore call upon Nigerians to familiarize themselves with the
Acts and support its implementation.
“Don’t sit down and say I don’t smoke so I have no business with this
project, the inherit implication of second hand smoking is the same
with that of direct smoking, thus whether you smoke or not, it is our
collective responsibility to create awareness” He stated.

Ruben Onde Yohanna a participant at the meeting said the project has
broaden his knowledge  about the dangers of tobacco consumption.

Yohanna, the chairman of Laka Youth Association maintained that
creating awareness is a must.

“We need to adopt global best practice in control of Tobacco smoking
and also encourage the adoption of the Framework Convention on Tobacco
Control” he stated.