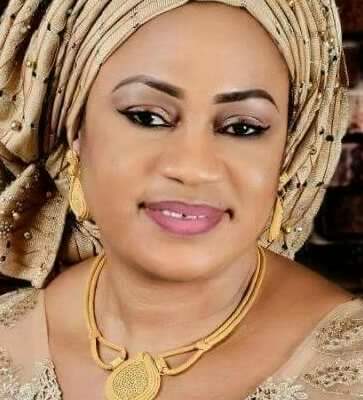 A group under the umbrella of Adamawa Northern Youths Congress  have commended the humanitarian gesture of Mrs Anna Sini for coming to the help of several returned communities in the Northern Senatorial zone of Adamawa State that was ravaged by the activities of Boko Haram.

The President of the group, Comrade Shehu Yohanna while addressing Press Men in Yola, showered accolades of praises on what he described "never enough thanks " to an International Business woman and philanthropist over the godly gesture to the returned IDPs to the 5 Local Government Areas under the northern zone.

Shehu further described Anna as a mother to many orphans and sister to many widows whose work speaks louder and her contributions to humanity is ringing bell more than any female politician in the zone.

"On personal ground, I have never met Anna personally to even exchange pleasantries, but  I've seen and felt her philanthropic work from people and the areas I've visited, and I'm convinced that there are still good people in our communities who do things not because they want to be noticed or they need any pay back benefit ." She declared.

According him, Anna exhibited an act that  has shown that she is a potential leader. The zone will be privilege to have her as she's known to have a good heart toward everyone that crosses her path in respective of the person's religion, belief or place of origin.

He explained that so far, Anna facilitate the rehabilitation of several primary schools in their localities using her company to execute most of the work with her own personal money.

"This silent achiever have hundreds of youths she supports to set up businesses, attend schools and  has also taken care of many widows who mostly lost their husbands as a result of the various attacks of Boko Haram insurgents.

"To us, Anna is our golden fish whose good works to humanity is hidden among the many people we have and should it be she desire to contest any Political office, we the entire Adamawa Northern youths Congress will give her our unrelenting support ."