NEWS : Governor Bindow Appeals to Other NGO'S to Emulate VSF. 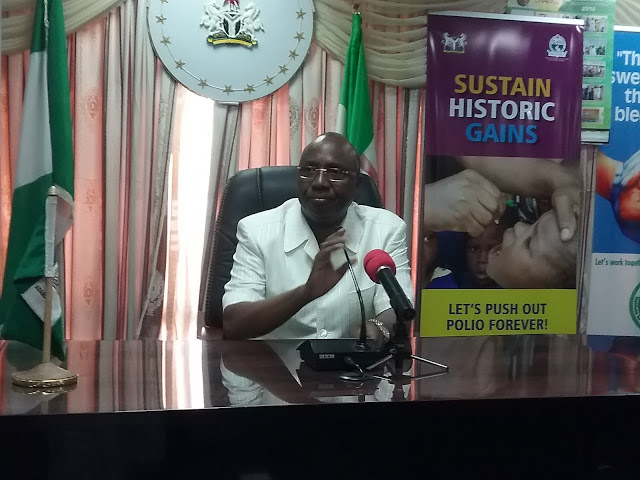 The Foundation for the  support of Victims of  Terrorism, Victims  Support  Funds (VSF) have released a  cheque of about Forty Million Naira to the  Adamawa state  Ministry of Health  for the  rehabilitation of Mubi and  Michika  General  Hospitals in order to improve  Health Care  services in the Local Government Areas affected by the insurgency in the  state.

While  presenting the  Cheque, the Executive  Director of the  Victims  Support  Fund  Professor  Sunday Ochoche  to the Honourable Commissioner  Ministry of  Health Dr Fatima Atiku  during the  signing of  Memorandum of Understanding between the  Ministry of  Health and the officials  of the Victims  Support  Fund at Government House Yola, Professor  Sunday  Ochoche  said the Health  intervention  support  was to rebuild  Health Institutions  destroyed and to provide sufficient  Drugs to the people of the affected areas.

He also explained that the VSF  has identified  over One  Thousand  vulnerable children in Maiha, Mubi and Michika Local Government Areas  in which the sum of Forteen  Thousand  Naira  will be giving  to each family  for social up - keep .

The  Executive  Director of the VSF  also noted that the organisation  is relating with other Non  Governmental Organisations in the state in implementing it's programmes.

Professor  Ochoche however said that  a Technical  team had been  put in place  to reconstruct the Michika  Local Government  Secretariat and will also co-opt stakeholders  of the area in executing the projects. 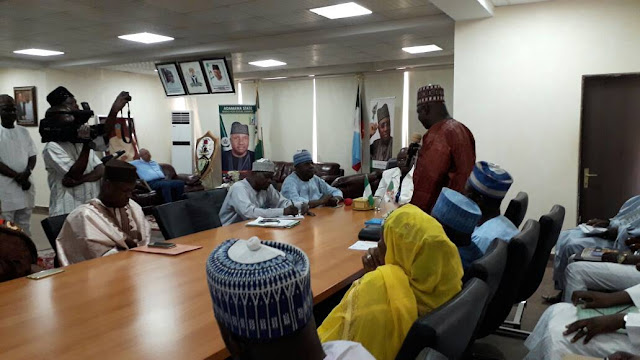 In his remarks Governor Muhammed Umar Jibrilla  said the  intention of  Victims Support  Fund  in overhauling the Hospitals  devastated  by Boko Haram  insurgents  was appreciative  and timely  considering the  plight of the  people of the area.

Governor Muhammed Umar Jibrilla  also urged other  Non Governmental Organisations  to emulate the VSF  by coming to the  aids of the displaced persons  in Adamawa state.