NEWS :RIFAN Condemns Importation of Rice in the country. 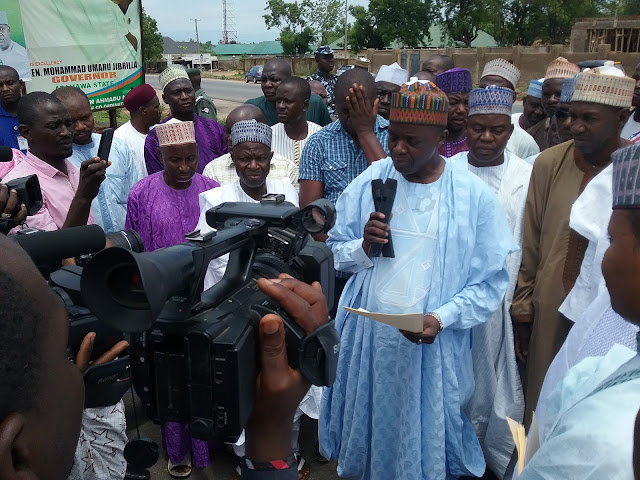 Rice Farmers Association of Nigeria  (RIFAN ) has Condemned the  moves by some  unscrupulous Nigerians for the importation of Foreign  Rice into the the country.

The  Adamawa state Secretary General of the Rice Farmers Association  Mr. Steven  Madwa who led members of the Association  in a peaceful rally  against the  importation of the  Rice said RIFAN  is capable of  feeding the people of the country ,pointing out that  there is  no need  for any importation as the local rice is more healthier and safer for consumption.

The Association expressed  it's appreciation  to the Federal Government  for introducing Anchor Borrowers Programme  to farmers across the  country, stressing that with this  programme  Farmers  have a  sense of belonging  in contributing  their own quota to the socio economic development of the nation .

The  state  Secretary General of RIFAN  also explained that their  target of producing  available  Rice by the end of year 2017 is a  reality, explaining that  RIFAN  have the capacity to  produce a  minimum of Nine Million  metric Tons of Rice  per annum.

While  receiving a  letter of  protest, the Secretary to the State Government Dr Umar Buba Bindir who represented Governor Muhammed Umar Jibrilla  commended the  leadership of RIFAN  for their  maturity exhibited during the protest match  against the  importation of Rice into the the country  and assured  them that  their protest letter would be forwarded to President Muhammadu Buhari for taking  necessary action.

Dr Umar Bindir also  thanked the  Association  for the confidence shown  to the present  Government stressing that the change Mantra of the Government is for the real.