NEWS:Governor Bindow Condoles People of Fufore Over the Death of District Head. 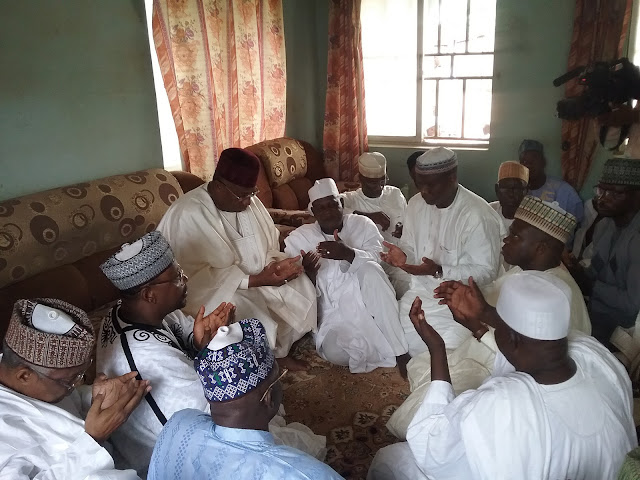 Governor Muhammed Umar Jibrilla has  condoled the families  and people of Fufore Local government Area  over the  death of  the  District of Ribadu  Alhaji  Aliyu Mahmud  at the Palace of the Late District  Head.

Governor Muhammed Jibrilla says death  is inevitable  and described  Late Alhaji Aliyu  Mahmud as a monumental  loss not only to the family but the entire State as a whole.

The Governor  prayed Almighty Allah to grant the deceased Eternal rest and the family the fortitude to bear the irreparable loss.

While responding  on behalf of the family, The  Special Adviser on Health  to the  Governor  Honourable Bamanga Yahya  Nuhu  thanked  Governor Muhammed Umar Jibrilla for the  sympathy and concern  showned to the people of  Fufore Local government Area  during the period of grief.

Late Alhaji  Aliyu Mahmud died on Thursday 25th may 2017 at the Aged of Ninety  after a  brief  illness.

The Governor  was accompanied during the  condolence  visit  by other top government  officials. 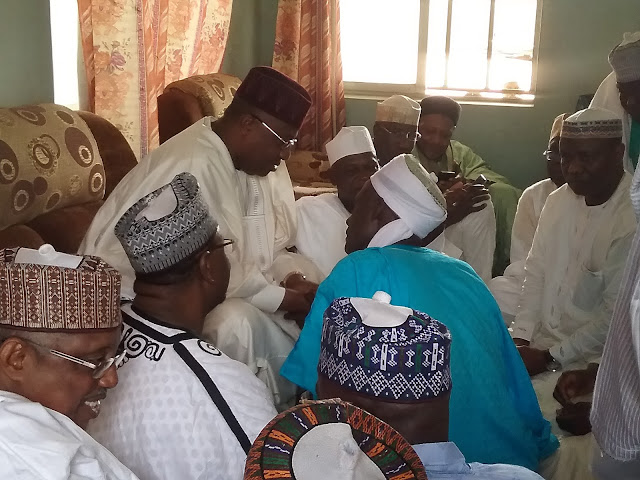