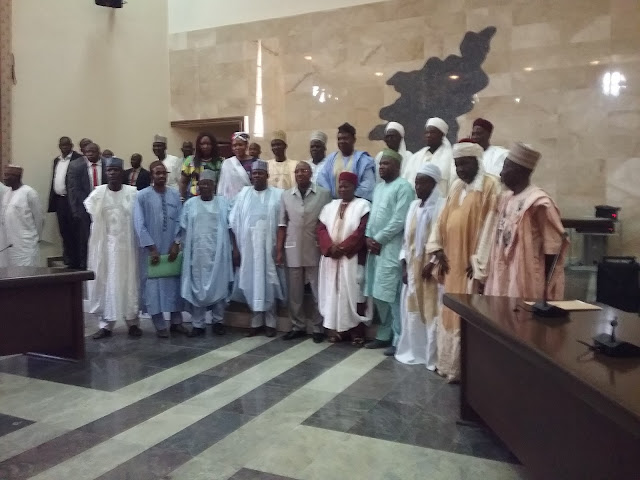 Governor Muhammed Umar Jibrilla has been commended for his developmental projects being  achieved   in Adamawa state  for the  past  Twenty- Three  months  while in office.

The  Commendation was made by the  Yungur  Community  of Song Local government Area  during  a solidarity visit to the Governor at Government House Yola.

While  leading the delegation,  an Elder statesman of the  community  Retired  Justice  Adamu  Hobon  informed the Governor  that  the  Yungur  Community  was at Government House to  register  their  loyalty and support to the present administration under Senator Muhammed Umar Jibrilla  and assured  him that  Yungur  people  will  continue to  support the  Governor  and all his laudable  programmes  at all times .

The  leader of the delegation also  said  Yungur people  appreciated the efforts of Senator Bindow  for  his  developmental  strides  as well as  maintaining peace and security across  Adamawa state.

Justice Adamu  Hobon appealed to the Governor  to construct  Dumne - Shelleng Road  and to upgrade  Dumne  Cottage  Hospital  to a General  Hospital  and  also to convert  Government  Secondary school  Dumne  to a Science  Technical  College  with a view  for the community  to acquire  skill knowledge. 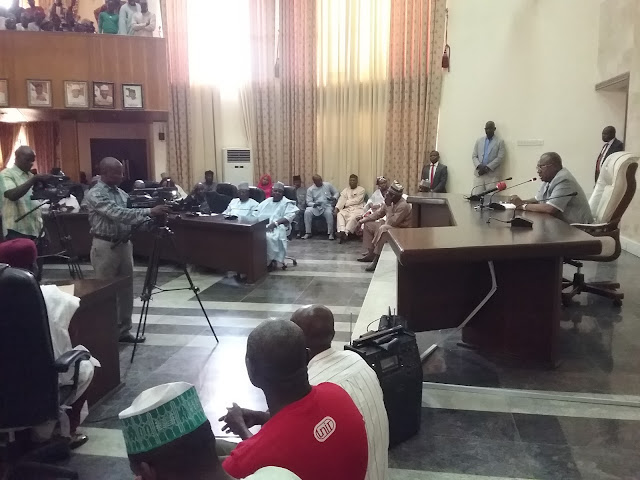 The Governor  reiterated the commitment of his administration to  fulfil  campaign promises  made to the electorates of Adamawa state  by providing basic social amenities such as Roads infrastructure,  Health Care Delivery, Agriculture, Qualitative Education, Poverty alleviation among others.

The Governor also assured  the delegation that  his government  is very much  concern  about the  plights of Yungur  Community  and thanked  them for the  visit.

He however  assured  to bring development to the  door steps  of the electorates at the grassroots,  stressing that his government is for the masses. 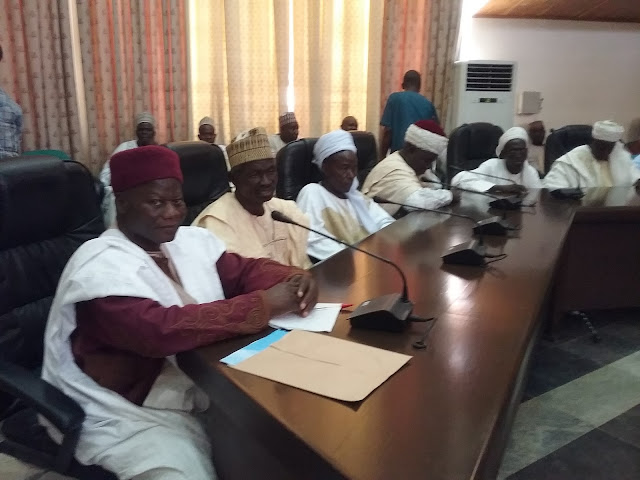