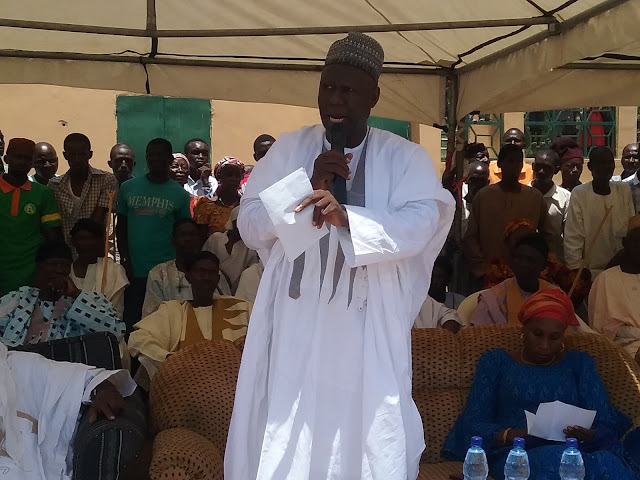 Dakwa  Community  of Bazza  in Michika Local Government Area  of Adamawa state  have been  urged to be united  and shun any primordial sentiments for the overall development of their area.

The  Honourable Commissioner  Ministry of Information and Strategy Comrade Ahmad Ibrahim made the call during 2017 Dakwa  Cultural Festival  held at Bazza  recently.

The Information Commissioner  described the  festival as a tool  for bringing  unity and  harmony among the people of Bazza irrespective of religious and  any other inclinations, pointing out that in order to  uplift the  lost glory of  Dakwa Cultural  heritage, Higgi  people have to be united as one big family so as to move their area forward.

He also called on the  Youths of Bazza to acquire  skills  and knowledge and  to shun idealness, stressing that youths are the  leaders of future generations.

The Information Commissioner also  explained that the  Seven Local Government Areas in the  Northern part of the state  were placed as the most poorest  area in the  Country  according to the assessment  made by the United Nations.

He appealed to the Dakwa   community  to  take advantage of  current  Voters registration  exercise  so as to  elect  leaders of their  choice and  those that will move the community  forward, and also urged the Stakeholders  to mobilize their people  for the success of  the  exercise.

Sajoh however  explained that  by hosting 2017 Dakwa Cultural Festival,  peace and  stability  have regained  in Bazza and other parts of the state  that were ravaged by the  insurgents. 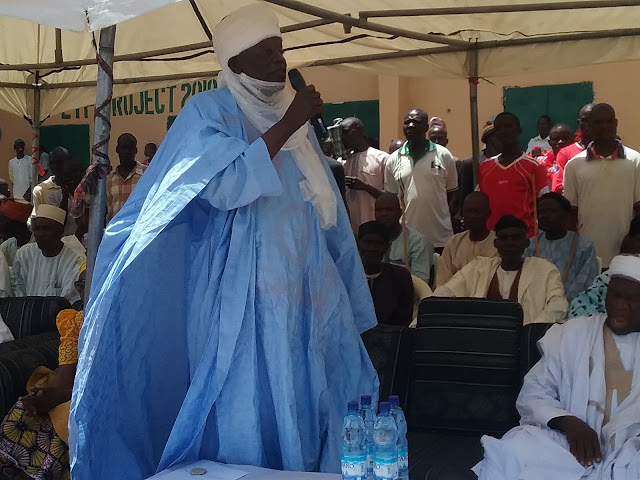 In his remarks at the  occasion, the District Head of  Bazza Alhaji  Saidu Lawan Bashir had appealed to the government to  assist people  in the area with relief materials  so as to  alleviate the hardship being faced by the  community as a result of insurgency.

The  Royal father also called on the government  to provide  farming implements  such as  fertilizer and  seeds  as the rainy season approaches.

The Festival was well attended by the Sons and Daughters of Dakwa  within and outside Adamawa state.

Various  cultural dancers were also  featured during the festival.