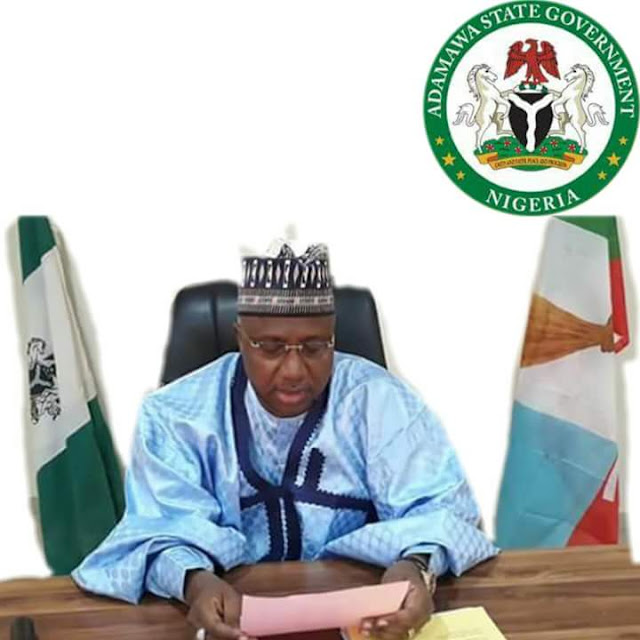 While  performing the inaugural ceremony at the Conference Hall of the Government House Yola, the Secretary to the State Government Dr Umar Buba Bindir said the  committee was mandated to clear all temporary structures along the  major roads within the state  capital  that were not in  line with the  State  Planning Commission  in the Jimeta  and Yola metropolist.

He explained that the committee  are expected to  stop illegal trading  and hawking along all the  major roads of the State  Capital  for safety and  also for integrity  of the state.

The  Secretary to the State Government also said that the  committee  is expected to  maintain  sanitation  and cleaning  along the  roads and drainages for obvious reasons, pointing out that the  committee is also  to stop  harp- hazard and disorderly parking  of Vehicles  along major roads within the State  Capital.

Alhaji AbdurRahman Abba Jimeta  emphasised  that the  Task  force  committee   will  not witch - hunt  or victimise any body, maintained  that members of the committee  would  work  with the  public and  in open  advocacy  with the  people  so that Adamawa state  would  have a peaceful  and environmental  free society, stressing that the  committee will  also evolved  public enlightenment  on Television  Stations  and Newspapers as well as  public fora  so that the Government, the  people  and the members of the committee  would  work together  for the overall development of Adamawa state.

He however  assured that the  committee would  work  tirelessly  in order to  achieve  the desire and the  Vision of the present administration as far as the  environmental sanitation  and security of the state is concern.

Other Members are the District Head of Yola,  Alhaji  Ahmed  Mohammed  Mustafa, the Representatives of SSG, Police  command, FRSC, NSCDC, Private and public sector, the  Deputy  Permanent Secretary in the  Ministry of  Works and the General Manager of Urban  Planning  is to serve as the Secretary of the committee.