NEWS:Gov. Bindow Urged Beneficiaries of Anchor Borrowers' to Make Judicious Use of Inputs. 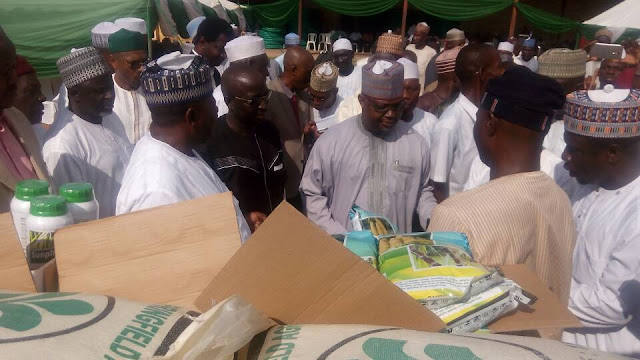 In an effort to boost food production, the Adamawa State government has flagged-off the distribution of farm inputs to the farmers in the state under the presidential Anchor Borrowers' Programme.

While flagging-off the distribution of the inputs at the premises of the AADP, Yola, the Executive Governor of Adamawa State, Senator Mohammed Umar Jibrilla, who was represented by his Deputy, Eng. Martins Nasir Babale, described the event as timely.

The Governor called on the farmers to embrace the programme well so that to boost the production of rice and maize in the state in order to rid the nation out of the current ecoomic recession.

Thus, Senator Jibrilla urged the beneficiaries to make the judicious use of the inputs to serve the purpose of the programme.

Also in his remarks, the Secretary to the State Government, Dr. Umar Buba Bindir, represented by Mr. Angoso Bamaiyi, charged the farmers to effectively use all the materials to enhance the production of food security in the state.

In his vote of thanks, the Adamawa State Managing Director of AADP, Eng. Usman Aji, thanked the government for the provision of the input. He however, charged the farmers to live up to the expectation of the programme, stating that the facilities are given to them to better their lives. 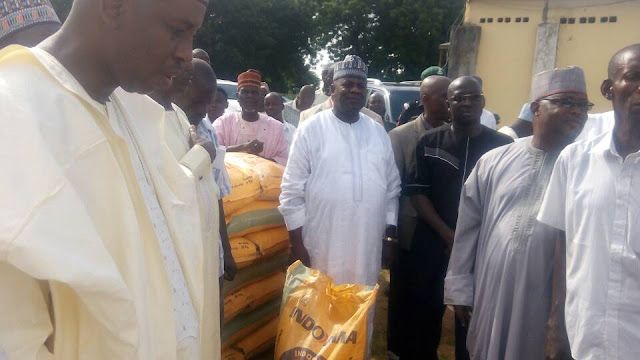 Some of the beneficiaries interview, thanked the government for providing them with the inputs and promised to make judicious use of them.