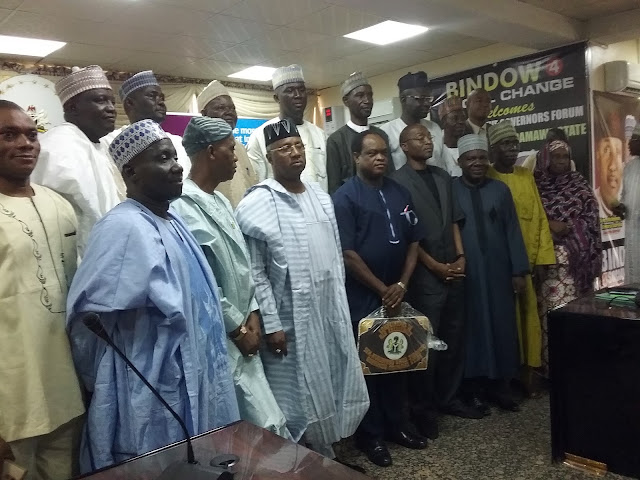 Governor Muhammed Umar Jibrilla  says his government has vowed  to give  total renovation of the  Jimeta  Morden Abbattoir as designed.

The Governor stated this when he granted in audience the National President of Veterinary Council of Nigeria  Professor  G.A .Ogundipe during a courtesy visit  by members of  Council at Government House Yola  recently.

Governor Muhammed Jibrilla  said  Veterinary  Doctors have a greater Role  to play in the  Livestock  Production .

He informed  the Veterinarians  that  recently  he inspected the Jimeta  Morden  Abbattoir to acquent himself on the  deplorable nature of the environment and  promised government's  intervention by total overhauling  of the Abbattoir  in oder to improve the sanitary condition of the place ,and wished the council  for its successful meeting in Adamawa state.

Earlier, the  National President of the  Veterinary  council  of Nigeria  Professor  G.A. Ogundipe has told the Governor  and Members of the State Executive Council  that  the  Council  was in the Adamawa state  to meet it's  Members and to discuss  issues regarding the Veterinary practice in the  country, explaining that  about Six Thousand  Veterinarians  from the  Nineteenth Northern  states would be converged  in the state for the  council meeting  and solicited for the support and cooperation of the state  government.

He however  commended the Governor for his developmental strides in the state as well as  maintaining relative  peace and harmony  among the people of Adamawa state.