NEWS : About 206 Trucks Loaded with Grains Arrived Adamawa state for Distribution to IDP'S. 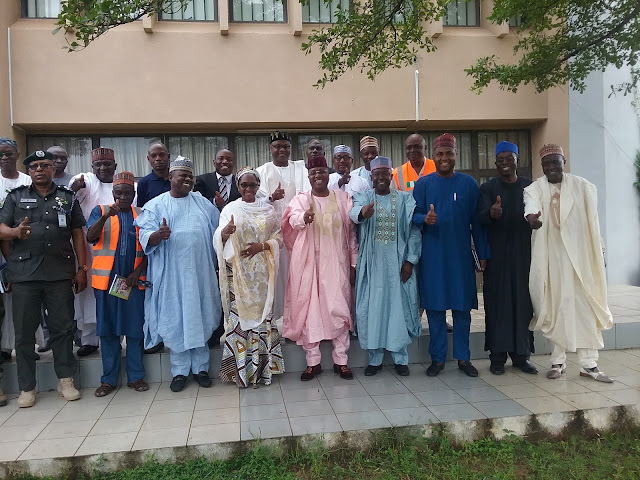 The Honourable  Minister for  Budget  and Planning  Hajiya Zainab  Ahmed   disclosed this when she paid  a courtesy visit on Governor Muhammed Umar Jibrilla  at Government House Yola recently. 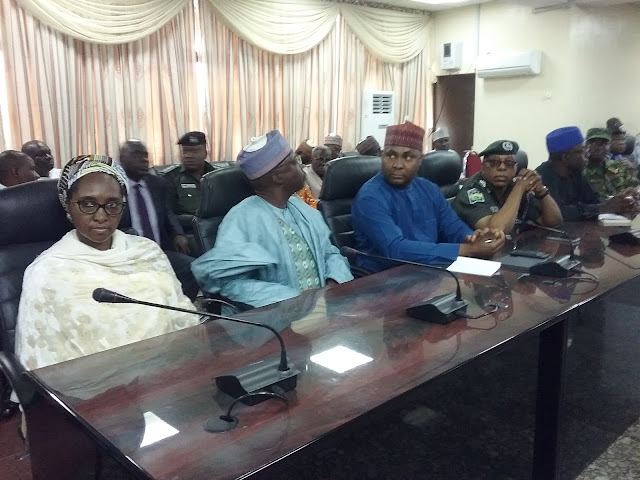 The  Minister  explained that  the  Federal Government  has decided  to embarked on the  food intervention  programme  to provide  soccour  to the Internally Displaced persons in the North Eastern states of the Federation.

She stated that  3,056 house holds  have been reached from the distribution  exercise, pointingout that there is a need to treat the  IDP'S  with dignity  and respect.

She commended  Adamawa state Government  and other  emergency  agencies  in the state  for the  their efforts in  handling the  issues of internally Displaced persons in Adamawa state.

She also  explained that  over Seventy  Three  Thousand Internally Displaced persons in Malkohi, Fufore  and Saint Theresa  Camps would  benefit from the programme,  adding that the  intervention  would be  done on quarterly basis. 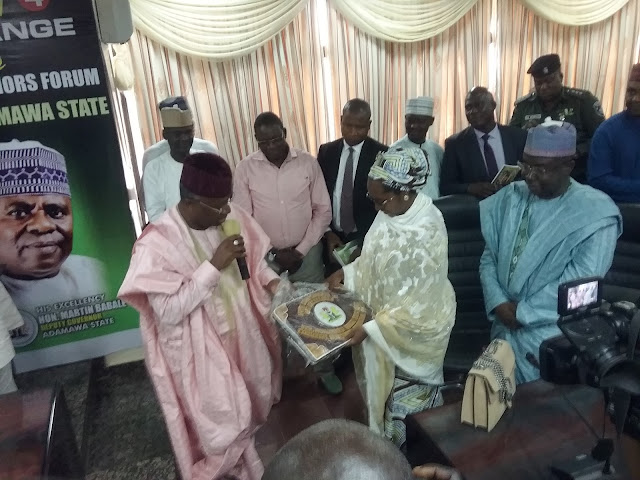 While responding, Governor Muhammed Umar Jibrilla  thanked  President Muhammadu Buhari for his efforts in  alleviating the  suffering of the IDP'S in the North East.

Governor Muhammed Jibrilla  stated that Adamawa is  calm and stable, and  commended the  security  agencies for maintaining peace and order in the state and assured that the items would be judiciously  distributed to the IDP'S  as intended