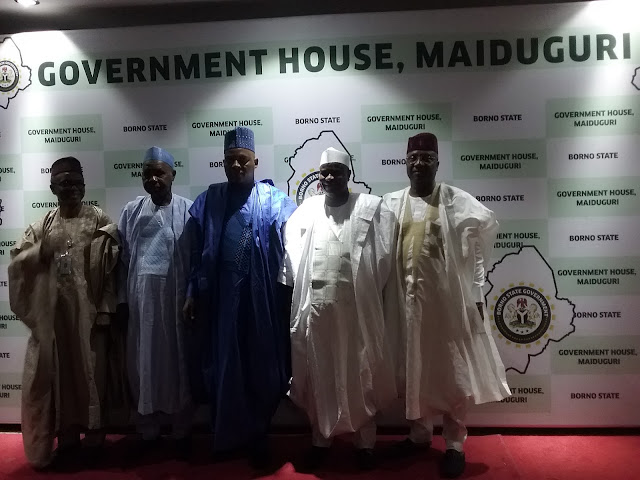 The Northern Governors Forum  has donated  the Sum of Three  Hundred and  Sixty  Million Naira to the  Borno state government to cushion the effects of insurgency in the  State.

While presenting the Cheque to the Borno state Governor  Honourable  Kashim Shettima  at the Government House  Maiduguri ,  The Governor  of Katsina state  Aminu Bello Masari  who led the Governors  delegation said  the Northern  Governors  was in Borno state  to sympathised with the  government and people of the state  over the recent  attacked  and killings of  Military personnel  by Boko Haram  terrorists. 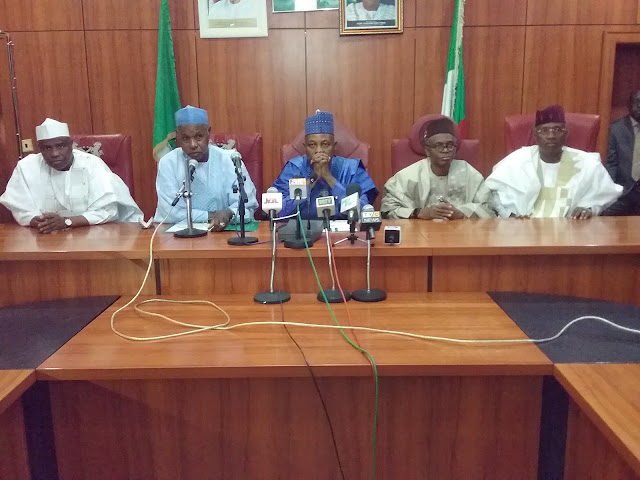 The leader  of the Northern  Governors delegation  explained that  it is a collective  decision by the forum to restore peace and security in the  region, pointingout that the Governors Forum is solidly  behind the government  of Borno and  other front  line states  affected by the insurgency in the  fight against insurgency  and other Terrorism in the North.

While responding, the Borno  state  Governor  Hon. Kashim  Shettima  thanked  Governor Muhammed Umar Jibrilla  and other  Northern states  Governors for the solidarity  and sympathy shown to the government  and people of  Borno state  on the neferious activities  by Boko Haram insurgents.

Governor  Shettima  said  his government  spends over Six Hundred  Million Naira  Monthly  on the feeding  of the Internally Displaced persons and Reconstruction  projects in the state. 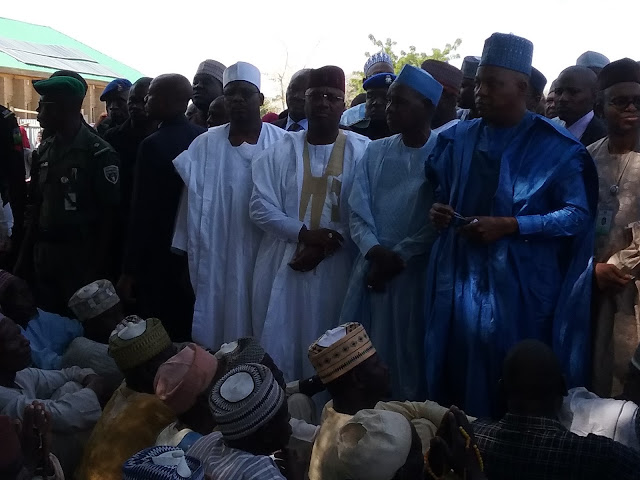 He also explained that  Boko Haram  have destroyed  over One Million  Houses  and other public places  such as Schools,  Markets Hospitals , Worship  centres as a result  cripples   the entire economy  of the state  to a halt, and called on the  wealthy individuals  and donor agencies to come to the aids of the  people of  Borno state.

Governor Muhammed Umar Jibrilla  along side   Governors  of Katsina  Hon. Aminu Bello Masari, Mallam  Naira Ahmad  El- Rufa'i of Kaduna ,Aminu Waziri Tambuwal of Sokoto,  also visited  and commisserated with the  Internally Displaced persons  at Dalori  One IDP  Camp and  assured that the  insurgency  would  soon be over.