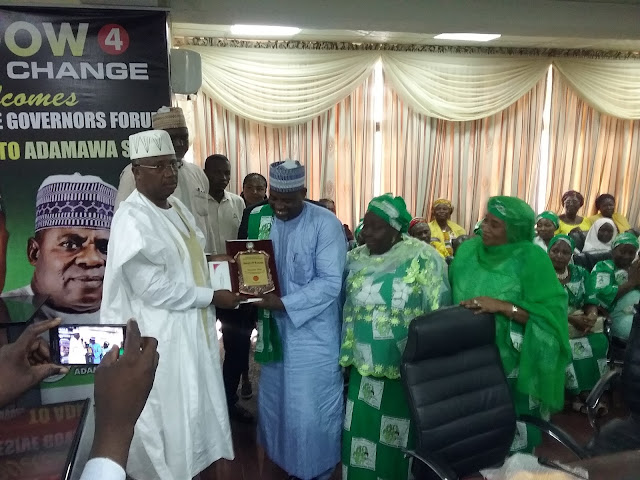 The Adamawa state  President of the National Council  for Women Society  (NCWS ) Dr  Mrs. Hogla Agiso  had presented has presented  an Award of Excellent  to Governor Muhammed Umar Jibrilla  for his giant strides in Transforming Adamawa state.

Dr  Hogla  Agiso  made presentation during a thank you  visit on Governor Muhammed Jibrilla for supporting  women folk and for  appointing Women into key positions in  his cabinet.

The  State  president of NCWS  had also commended Governor Muhammed Jibrilla for assisting the  society and empowering  women, Widows and Youths assuring that the  society  will continue to support the present administration of Senator Muhammed Umar Jibrilla  at all times.

Dr Hogla  Agiso has informed  the Governor that the NCWS  had brought  all Women  groups  under one umbrella  irrespective of  ethnicity or Religious inclinations in order to  promote  the welfare of humanity as well as to  promote  peace and security.

She however  solicited the  government  to provide the  council  with an   Eighteen  seater bus and  to  construct a befitting  secretariat for the council  at Malamre,announcing that the NCWS  deems  it worthy  to bags  the Governor  with such an Award. 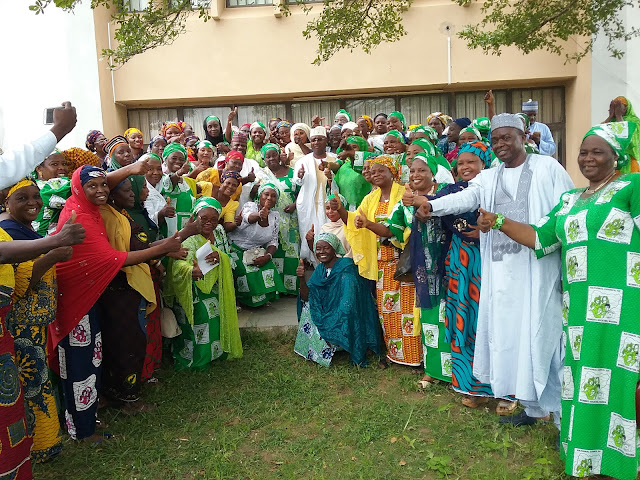 Earlier,the  Permanent Secretary  Ministry of  Women Affairs and Social Development Hajiya Maisaratu Bello Ahmed  who is also an Ex-officio of the Council had presented  the newly  elected members of the state executive council  to Governor Jibrilla.

In his response Governor Muhammed Umar Jibrilla thanked the members of the NCWS for their togetherness  and assured that  his government will continue to support Women, pointing out that  behind any successful Man there must be a Woman.

The Governor also redeemed his pledged  and directed the Honourable Commissioner ministry of  Finance  to release the outstanding balance payment of  One point  Five Million Naira  to the Council.