Home » News » NEWS : Governor Bindow Says his Administration will continue to support the Military and other security agencies in Adamawa state.

NEWS : Governor Bindow Says his Administration will continue to support the Military and other security agencies in Adamawa state. 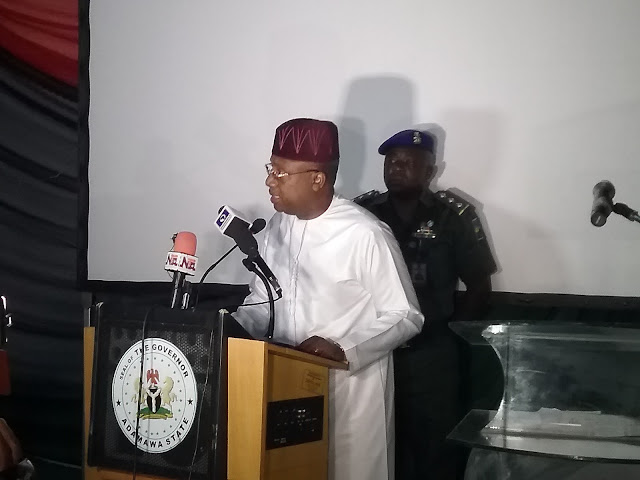 Governor Muhammed Umar Jibrilla  Says his administration  will continue to assist  the Military and other security agencies to enable  them discharge their responsibilities in maintaining peace and security in Adamawa state.

He announced this  while declaring open a  week long Army  Combat support  arms Training held at the 23 Brigade Yola  (Gibson Jalo  Cantonment), explained that the  Nigerian Army  has yielded positive results in improving the integral  unity  of country  as a nation.

Governor Muhammed Jibrilla  who is the  special  guest  of honour at the occasion said  Adamawa state is very calm and stable, pointingout that the  choice of the state  for the conference is appropriate and  commended the  Military for their resilience and  courage  in the fight against insurgency in the North East and  other  parts of the country, stressing that  the Nigerian Army  are the  best  in area of maintaining peace and security in the  world. 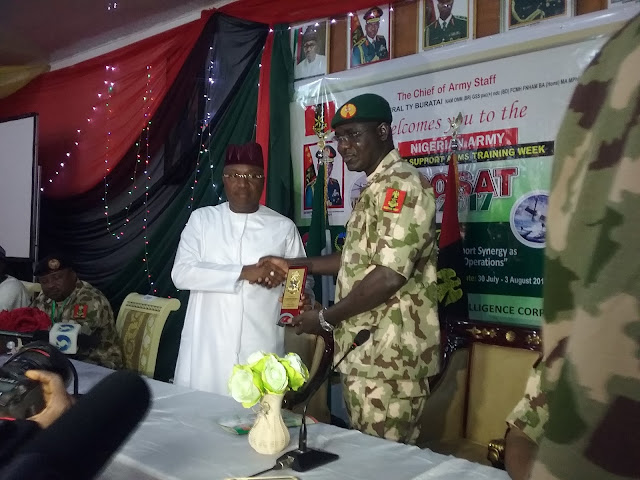 In his remarks, the Chief of Army staff LT.General Tukur Yusuf Buratai said the  Theme of this year's  conference  is to brainstorm the  best way in combating  insurgency and other criminality  in the  country.

He said that the  Theme for the Training  under scores  the collective  working synergy  among the units of the  army for positive results in the war against insurgency.

General  Buratai revealed that the  operational capabilities of the  military have been strengthened as a result the establishment of  Colonel  Abu Ali  shooting range  in Sambisa forest and the  formation of other military  outfits in the North East  is a clear  indication that the  Nigerian Army  is winning the war against insurgency such as operation  LAFIYA DOLE in the North East,CROCODILE SMILES, in the South East, and Operation HARBIN KUNAMA  in the North  Central .

The  Chief of Army  Staff had also acknowledged the  contributions of the  people  and Government of Adamawa state that enables for calm and  stability  as well as  providing the  conducive atmosphere  for the military  to discharge  it's responsibilities effectively. 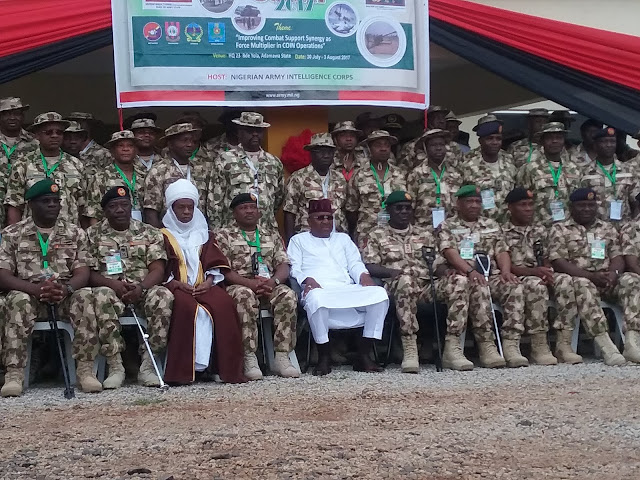 He also  attributed the  success  by the military to determination and  support  by President Muhammadu Buhari  which enables the  Army  carries out  its duties in maintaining peace and security across the country.

Earlier in his  address of welcome  the Director of Military  Intelligence  Major General  Abubakar  A. Tarfa  welcome  the participants to  the Training week and  commended the Chief of Army Staff  for the numerious initiatives  that improved operational  responsiveness  of the military in  its operations.

The  Director of  Military  Intelligence  explained that with the upgrading of the Nigerian Army  and the huge challenges of the Army  to meet up with challenges  before it ,the Training  has become  necessary and assured that the  participants  would  gained from the  Training. 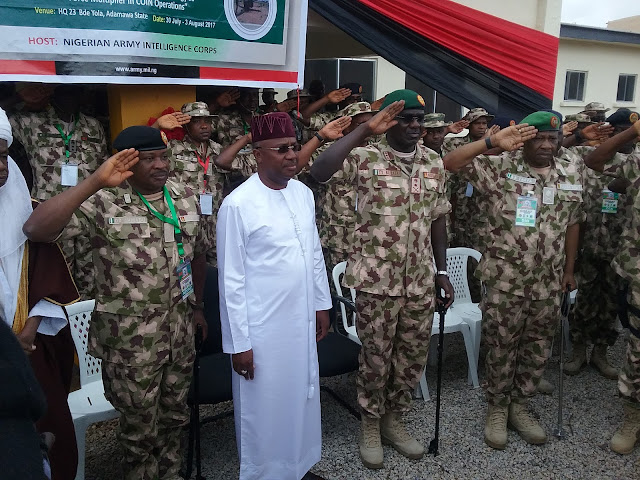 The  Theme for  this year's  Training is "Improving Combat Support Synergy as Force Multiplier in COIN Operations ".

Governor Muhammed Umar Jibrilla was also  presented  with an Award of Excellent by the  Chief of Army Staff LT.General Tukur Yusuf Buratai  on behalf of the Nigerian Army.