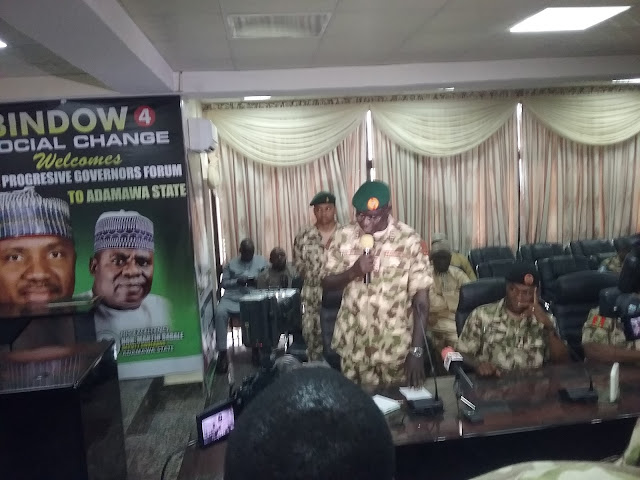 The Chief of Army Staff LT.General Tukur Yusuf Buratai  has commended Governor Muhammed Umar Jibrilla for the support and assistance being giving to the Military at all times.

He was speaking during a courtesy visit on the  Governor at Government House Yola, saying that the  Military  are working  assiduously to clear the  remaining  remnants  of Boko Haram  insurgents in the North East and  called on the people to support the  Nigerian Army  in order to have a lasting peace and security in the  country.

In his remarks, Governor Muhammed Umar Jibrilla applauded the  Military for their resilience  and sacrifice in  fight against insurgency in the North East sub-region as well as  maintaining peace and security  across the  country. The Governor  explained that the  state is  calm and stable at present and appreciated President Muhammadu Buhari for his total commitment in fighting insurgents in the country. 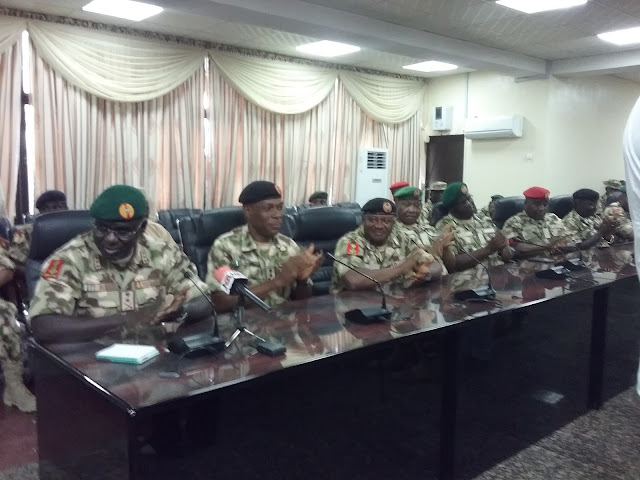 He also  assured that his government will continue to give support  to the Military and other security agencies in Adamawa state in order to perform their responsibilities deligently. 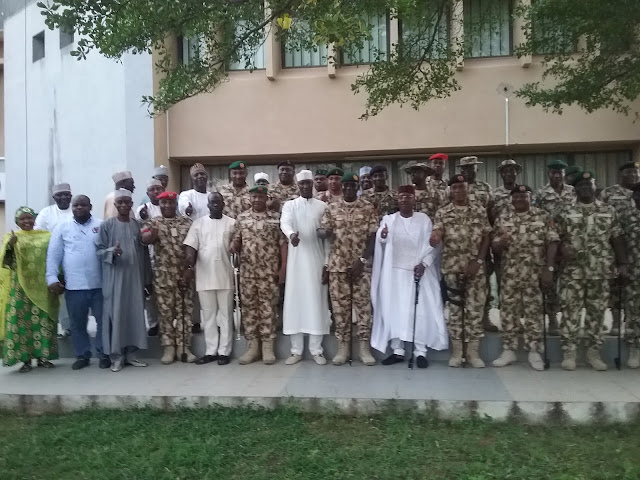 Also in his  presentation the Secretary to the State Government Dr Umar Buba Bindir highlighted some of the remarkable achievements recorded by the present administration under Governor Muhammed Umar Jibrilla in Adamawa state  in the  shortest period  which includes the provision of  Road infrastructure, Declaration of State of emergency on Education and Health sectors, as well as maintaining peace and harmony among others.