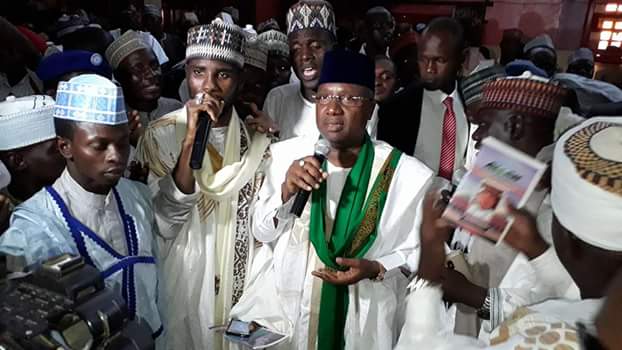 Muslims from  all walks of life  have converged  in Gombe to witness the National  Zikr .

During the  ceremony, Governor Muhammed Umar Jibrilla  have urged  Muslims  to Intensify Prayers for their   leaders and shun tendencies that is detrimental  to the  unity of  Nigeria ad a  nation .

While  speaking at the Seventh  National Zikr  and special  prayers for the sustainability of  peace in the  country,  he  cautioned  Muslims  against insulting  leaders ,urged them to  rather pray for Nigerian  leaders noted that fighting  leaders in  power was an indirect opposition  of God's will.

According to  Governor Jibrilla,  God gives power to whom He feels  and at the time He deems  fit  and reminded those who were found fighting leaders to desist or faced  the full wrath of God Almighty. 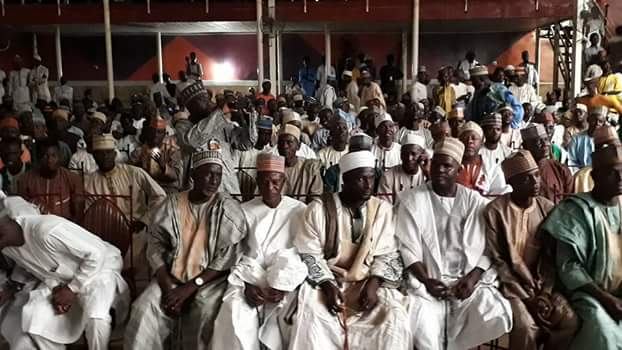 The Governor also  appealed to the  Muslim community to pray for the  speedy recovery of President Muhammadu Buhari and  solicited for  prayers to the entire nation as well as to  propagate peace and  love among their  followers .

Governor DanKwambo who was represented by the  Honourable Commissioner  of Information  Alhaji  Umar Ahmed said that he  would  compliment the  efforts of the Governor in the promotion of  peace.

Also in his remarks, the  National  Secretary of Zikr Association in Nigeria  Alhaji  Bilyaminu  Adamu urged  Governor Muhammed Jibrilla  whom they had chosen as the  leader of Zikr  among the Governors to support  its National  secretariat  with  logistics and  also commended  him for the  immense  contribution to the  Zikr prayers . 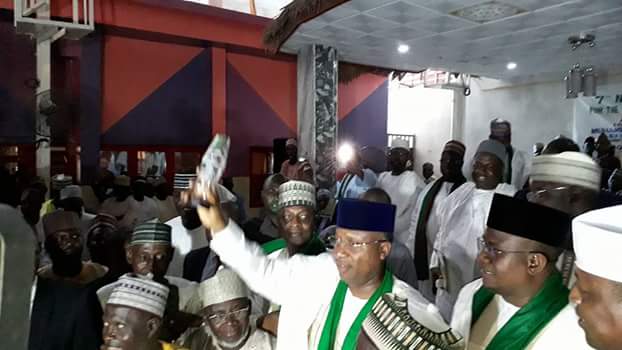 During the ceremony,  Governor Jibrilla was also presented with an Award of Excellent  and recognition in view of his contribution towards the progress of HILAQUL- ZIKR  Association of Nigeria  as a  ""Shugaban Zakirai"" in Nigeria.