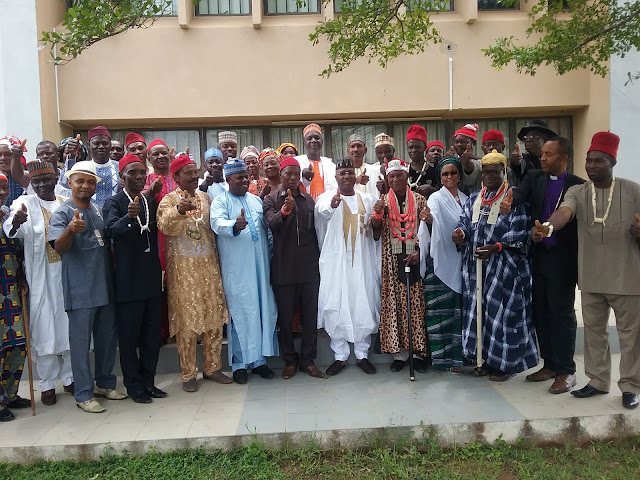 Governor Muhammed Umar Jibrilla has  condemned  in strongest term  the Hated Speeches and Agitations made by Arewa and Igbo Youths  from the  South  Eastern  part of  Nigeria  for the disunity and disintegration of the nation.

The Governor made the comment when he granted in audience the Chairman Board of Trustees   of Igbo  Community in Diaspora  Assembly Abuja  Chapter,  Chief Comrade  Kalu Uche  Kalu at Government House Yola recently.

Governor Muhammed Jibrilla assured Igbo  people  residing  in Adamawa that the primary responsibility of the Government  is to protect lives and properties of everyone, stressing that  the  Igbo community  should  feel freely and  to continue with   their normal businesses, adding that  Adamawa state is  their  second  home."" I want to assure you that Igbos  residing  in Adamawa state  are also indigenes  of the state "" he emphasised. 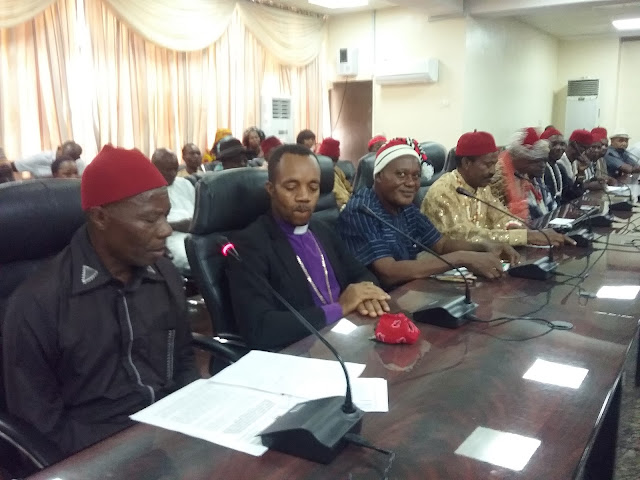 Earlier in his speech, the  Chairman Board of Trustees of the Igbo  Community in Diaspora  Assembly  Chief  Comrade Kalu  Uche Kalu has commended Governor Muhammed Umar Jibrilla for his giant strides in Roads infrastructural development, Education and Health sectors, provision of  portable Drinking water and other social amenities to the people of Adamawa state.

He described Governor  Bindow  as a  De-Tribalised leader, explaining that the Igbo Assembly is to promote unity ,peace harmony between  Igbo community and other  communities in the  country.

He however  commended the Present administration under  President Muhammadu Buhari for  restoring the  lost glory of Nigeria  and the fight against corruption  and Insurgency in the  country.

The Igbo leader also condemned  the Agitations  for Biafran  nation  by some undisgrunted Igbo Youths, pointingout that the  unity and  prosperity  of Nigeria is paramount .

He however  commended the cordial relationship existing between the Igbos and other communities in Adamawa state.