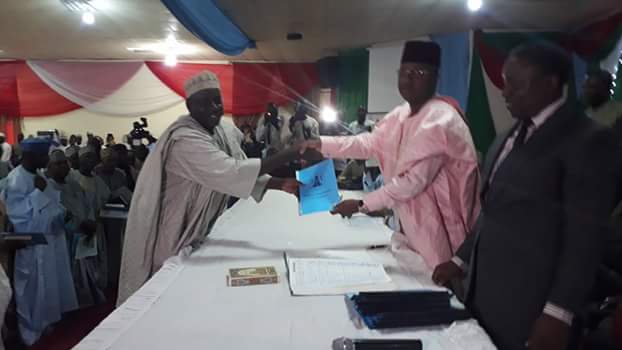 Public Office holders in Adamawa state have been charged  to be Prudence and Transparent in the discharge of their official responsibilities.

Governor Muhammed Umar Jibrilla  gave the charge while  presiding over the Swearing in Ceremony of the newly Fifty (50) appointed  state Development Area Administrators  at the  Banquet Hall of the Government House Yola recently.

The Governor stated that  Transparency,Prudence  and Accountability is the cardinals principles of his administration  and called on the appointees to always  abide by the oath of office taken.

While congratulating the newly Area Development Administrators, Governor Muhammed Jibrilla  reminded  them that their appointment was  purely political and urged them to work for the electorates at the grassroots " I want to  remind you that  your position  is purely political and  I want you to  work to the people at the grassroots "he emphasised.

Governor Jibrilla also  called on the people of Adamawa state to  continue to  pray for President Muhammadu Buhari and for the peaceful coexistence of the  nation at large. 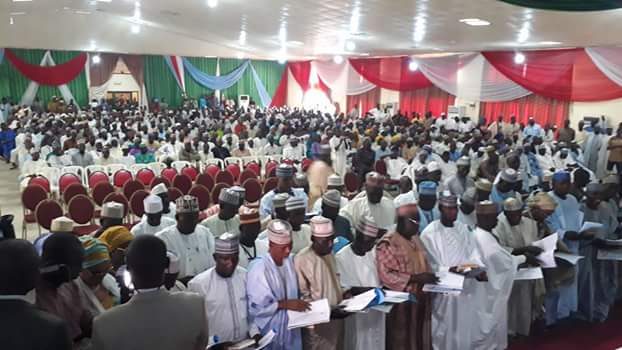 While responding  on behalf of the  Fifty newly Area Development Administrators,  Alhaji Suleiman  Garba of Sorou -Belel  Development  Area in Maiha Local Government  had thanked Governor Muhammed Jibrilla for  finding  them  worthy  to serve under his government  and promised to abide by the oath of office taken while discharging their official responsibilities.

The  Oath of office was administered by the State Attorney General and Commissioner for Justice Barr.Bala Silas Sanga and  witnessed by well wishers from their  localities.